Not long ago, I wrote of how the English language is being destroyed by the stupidity of feminism. Well, today I’ve found another perfect example of how feminism is making our language trite and silly.

The example turns up in a report on new prehistoric discoveries near Stonehenge, in Hampshire, England. Apparently, a pair of Neolithic tombs was discovered in the English countryside and researchers are all excited. I can’t say I blame them for this is very interesting news.

It isn’t the discovery that served as a vehicle for a stupid feminazi trick, though, but the coverage. Tucked into the story about the discovery is this line (my bold):

So far Dr Wickstead’s team have only used non-invasive techniques to figure out what lies inside the tombs, which are located on the land of a local female farmer.

A “local female farmer,” is it? And just exactly why is the fact that this farmer is a female germane to, well, anything at all?

Or did I read that wrong? Maybe the Timesonline is trying to convey that the farmer raises females for market? Maybe this female farmer sells females at the going rate after a nice harvest. And, how much does a female farmer get for his females one wonders?

Do we get to check the teeth of the females this farmer sells before we buy? Have they had their shots? Do we get a test ride before taking papers? And if you end up unhappy with the female you bought from the female farmer, can you sell it off to someone else? What’s the going rate for a used female, anyway?

Furthermore, where does one get stock for a female farm? The Third World perhaps?

No, what we really have here is just another example of the utter stupidity that feminism has driven our news media to. The fact is there was no reason at all to identify “the farmer” as a female. A farmer, is a farmer, is a farmer. Black or white, male or female, they just farm. But unfortunately we are in a spot where the English language is no longer applicable lest it be bent to feminism. 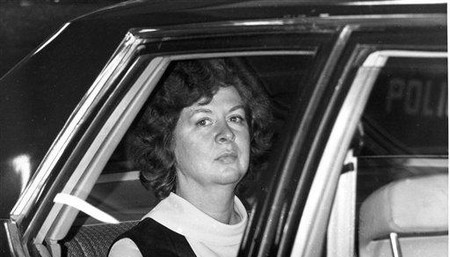 Have You Noticed Modern Presidential Assassins Have One Thing in Common?
Andrew Malcolm

Are We Shocked That This Happened to Liz Cheney?
Townhall
'It blows my mind it’s even being tried': Glenn Kessler fact-checks Brit Hume and the $3.5 trillion spending bill costing $0
Twitchy
Here’s How We Know KamalaWorld Is in Full Crisis Mode
Redstate
Winning: Matt Walsh Trolls Woke Loudoun County School Board—and It's a Sight to Behold
PJ Media