Lenin and The Symbols of the Seasons

You may think it strange that Christmas makes me think of V I Lenin, the founder of the USSR. But for 50 years he was the symbol of everything good and holy in a powerful and sizeable portion of the world. As Mark Twain once said of the Devil, “anyone who is spiritual head of half the world…and political head of the whole of it” should be considered a man of some consequence.

I doubt Leftists in America pay much attention to Lenin anymore. They’ve gone “way past him”, as they would say, or as Ayn Rand might have said, they have returned to an even more primitive state. I’ll save that discussion for another time, but compared to Marxists who’ve come after him, Lenin was a true giant, and I’d always had a measure of respect for the man, in part because, just before he “got sick” and died, he realized that the “reforms” he’d brought to Russia wouldn’t work. Reality had walked right up and kicked his government-by-theory in the shins and he tried to walk it back, which may have caused him to “become ill” in the first place. I was stunned to find the number of people in the USSR who believed that Lenin had indeed been murdered in 1924 by Stalin so as to hang onto those original theoretical programs he’d initiated, and which, in just a few short years, had become such a sweet paradise for so many paper-hanging bureaucrats…and not Workers, as they proclaim even to this day.

I first visited the USSR in the Christmas season of 1991, just before they started pulling those giant Lenin statues down. But I found the awe and fear of the man still palpable. Early on I jokingly referred to Lenin as OBH (the Old Bastard Himself), and found, even among young people, a reaction almost like being slapped when I called him that. It was as if I had uttered an oath or profanity, not unlike taking the Lord’s name in vain. They would look around to see if anyone was looking, than at each other, then, let out an uncomfortable laugh under the breath, more to keep from offending me than anything else. I quit being so cavalier with the OBH term very quickly as I saw it made people very uncomfortable. (I practice good manners wherever possible.)

As I said, I always had a little grudging respect for Lenin. But it was not until I spent some time there that I realized how pervasive his “religious” personna was…and what it said about the emptiness of communism, and what we refer to today, as the progressive left.

You see, there were always Lenin-Marx-Engels posters, dating back to the war years. China still has them up. And those huge statues. Even a few pins. (I collect them, those from the 50s quite valuable.) But 1967 was the 50th anniversary of the October Revolution, and Lenin’s image took a transformation, or maybe even a transubstantiation. For you see, the Party felt the people, after 50 years of privation, were falling away from the “true meaning of communism”, missing the “reason for the season”, as it were, and decided to use the iconography of Lenin to “market” those values anew.

Packaging, repackaging, re-repackaging, the meme of the Left even today. However commies measured marketing in those days, it must have worked because by 1970, on his 100th birthday (April 22) Lenin had become a certifiable messiah-crucified-god.

And they stole it all from Christianity.

You don’t have to be Fellini to figure out the source of all this symbolism. There are thousands of types of Lenin pins (called “zenatchki”, little medals), but especially telling were the Little Baby Lenin pins (shown here), and regular pilgrimages to his home, not quite like the Hajj, mind you, but if you were from a distant republic your position back home depended a lot of having the full panoply of pins showing you’d attended Lenin’s home, his tomb in the Kremlin and all the other places associated with his life.

The old Russians celebrated Christmas under the old Julian calendar, January 7th, so the communists were able to simply merge many of its symbols with the New Year: tree, Christmas cards, boughs of holly, red and green, sleigh bells, the whole shebang, and just call it “Novo Godini” (New Year). A Soviet New Year card looked almost identical with modern “Holiday Wishes” or “Seasons Greetings” cards. A Season without a Reason, just like Berkeley.

Easter falls at a time that has been recognized for millenia as a special time of renewal. Marxists had seized upon May 1st (May Day) as their day long before Lenin. But Lenin was born smack dab in the center of that season, April 22 (also known as Earth Day to that inbred branch of Marxism that wants us to cut our steaks with sea shells). So, Easter, Passover, Lenin’s birthday, the Feast of St George (of dragon fame) and May Day (also Adolf Hitler, April 20) were all rolled into one…and, from the time of Lenin’s 100th, there were cards, even cards with the Hammer and Sickle, festooned with Easter lilies and other garlands. 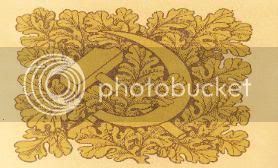 Suffering Sanctimony!, the commies even had a Garden of Gethsemene scene for Lenin, the OBH sitting next to a tent and fire, on a desolate spot by a lake, reading (sorry I don’t have a downloaded image), waiting for a triumphal entry into St Petersburg in 1918. Anyone who knows Hoffman’s “Christ in Gethsemane” will easily see the intended similarities in a flash.

The most obvious is that an un-Truth must constantly be repackaged, renamed, and re-branded in order to be able to be kept alive. This can be said for the Left in general, and Marxism and the No-labels in particular. Even RINO’s and Castleites, when viewed under a microscope can be seen to be little more than pigs with a constantly changing boutique of lipstick and pearls.

On the other hand, for reasons that are easy to understand for critical thinkers, not so easy for the rest, Christianity, (actually many religious faiths) seem to have built-in regenerative qualities where the Truth becomes brand new the moment it is revealed to a person for the first time. It is not an old Truth relearned, but a brand new Truth discovered; not a thousand years old, but just one minute old.

In secular human affairs, this same can be said for the Truth of Liberty and the un-Truth of tyranny, for every time a man feels the shackles removed form his ankles, just as from his soul, he has discovered a things as fresh and pure as new driven snow. Its selling requires no special packaging, no slick slogans or silver-tongued devils. It is eternally new because it is something always searched for by men…and when found, received as joyously as a first child, with gratitude and thanksgiving. This law is everlasting.

When the Soviet Communists saw this big empty hole in the soul of 250 million of its people, that had caused them to have thirty consecutive crop failures, empty food shelves, and massive hangovers every Monday morning, they had to try to fill this void with the only substance they could find that the people had received some benefit from in the past. Religion. But all they could use was the smoke and mirrors of a hologram.

In the end, the deification of VI Lenin only proved the emptiness of Marxism…while in turn proved the eternal nourishment of the Truth.

At least, that’s how I see it.

Canadian Pastor Dragged Off by SWAT Team Out on Bail Has a Warning for Americans
Townhall
WHOA: Obama bro and 'van driver' extraordinaire Tommy Vietor all but CONFIRMS Israel's claims about Hamas being in AP building
Twitchy
Evil Republican Governors Move to Cancel Enhanced UI, Then One Evil Democrat Joins the Party
Redstate
OUTRAGEOUS: Space Force Unit C.O. Relieved of Duty for Criticizing Marxism in the Military
PJ Media