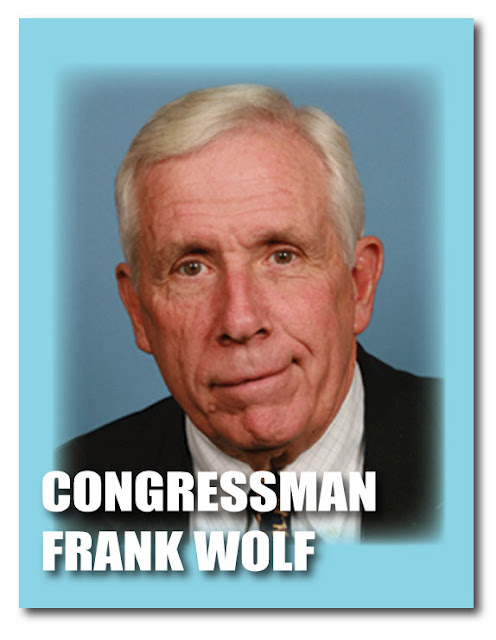 Obama’s Office of Science and Technology Policy Director is aiding and abetting China’s Space program by providing for them U.S. technology.

Congressman Fank Wolf of the 10th District of Virginia raised eyebrows last week when he stated emphatically “the U.S. should not cooperate with the People’s Liberation Army to help develop China’s space Program.”

“I have been very troubled by this administration’s apparent eagerness to work with China on its space program and willingness to share other sensitive technologies. I want to be clear: the United States has no business cooperating with the People’s Liberation Army (PLA) to help develop its space program. We also should be wary of any agreements that involve the transfer of technology or sensitive information to Chinese institutions or companies, many of which are controlled by the government and the PLA,” said Wolf. “Space is the ultimate “high ground” that has provided the U.S. with countless security and economic advantages over the last 40 years. As the victor of the Cold War “space race” with the Soviet Union, the U.S. has held an enormous advantage in space technology, defense capabilities, and advanced sciences – generating entirely new sectors of our economy and creating thousands of private sector jobs.”

Wolf stated that China has developed its own space program at a surprising pace, having gone from launching their first manned spacecraft to launching components for an advanced space station in just 10 years, indicating also that the space program in China is being led by the People’s Liberation Army (PLA), and “…the PLA is not our friend as evidenced by their recent military posture and aggressive espionage against U.S. agencies and firms.”

“That is why I was troubled to learn from the press last fall about NASA Administrator Charlie Bolden’s imminent departure for a weeklong visit to China to discuss areas of cooperation between NASA and the PLA space program. I was equally concerned to learn that Dr. John Holdren, head of the White House Office of Science and Technology Policy (OSTP), had spent 21 days in China on three separate trips in one year – more than any other country. Very little information about these cooperative agreements with China were being provided to Congress and the American people.”

Wolf has included language in Section 1340 of the Fiscal Year 2011 Continuing Resolution that prevents NASA and OSTP from using federal funds “to develop, design, plan, promulgate, implement or execute a bilateral policy, program, order, or contract of any kind to participate, collaborate, or coordinate bilaterally in any way with China or any Chinese-owned company.”

The provision in the omnibus appropriations bill was agreed to by Republican and Democrat conferees. It passed both houses with bipartisan support and was signed into law by President Obama in April. The provision was clear, unambiguous and noncontroversial.

But Wolf reveals that provision is being violated by Holdren and the Obama Administration:

“[L]ess than one month after its enactment, I learned that Dr. Holdren and OSTP had defied the provision. Even more troubling is that he withheld information about his intention to do so during his appearance before the House Commerce-Justice-Science Appropriations Subcommittee when we discussed, among other things, the implementation of Section 1340, and Dr. Holdren’s participation in the U.S.-China Strategic and Economic Dialogue, from May 6-10.”

After this Wolf asked the Government Accountability Office (GAO) to investigate the violation and issue an opinion, and also asked the GAO to determine whether the Office of Legal Counsel opinion provided by the Justice Department to justify the violation was legitimate.

The GAO found in October that

“The plain meaning of Section 1340 is clear. OSTP may not use its appropriations to participate, collaborate, or coordinate bilaterally in any way with China or any Chinese-owned companies.”

Additionally it stated that “

OSTP’s participation in the Innovation Dialogue and S&ED contravened the appropriations restriction,” and added that, “OSTP does not deny that it engaged in activities prohibited by Section 1340.”

“The GAO finding also rebuts a September 19 memorandum prepared by the Justice Department’s OLC on the constitutionality of the provision. GAO stated, ‘In our view, legislation that was passed by Congress and signed by the President, thereby satisfying the Constitution’s bicameralism and presentment requirements, is entitled to a heavy presumption in favor of constitutionality.’ GAO continued, ‘Determining the constitutionality of legislation is a province of the courts,” – not, I would add, the White House counsel’s office or the Department of Justice.'”

“the GAO finding clearly notes, ‘As a consequence of using its appropriations in violation of Section 1340, OSTP violated the Antideficiency Act… By using its fiscal year 2011 appropriation in a manner specifically prohibited, OSTP violated the Antideficiency Act. Accordingly, OSTP should report the violation as required by the act.  Following the law is not voluntary for administration officials. That is why Dr. Holdren should commit today to full compliance with Section 1340 and publicly acknowledge his error in participating in the bilateral conference with the Chinese government,” said Wolf.

Congressman Wolf has issued a statement to frame the violation he alleges against Holdren and the Obama Administration in the context of China as a repressive regime.

Wolf makes reference to a moving incident in which during a visit to China, he was given a pair of socks slated for export to the West, that had been been made by Tiananmen Square political prisoners. Wolf describes the brutal crackdown by China against those demonstrators that were consequently imprisioned.

“Tellingly, the image of the ‘Tank Man,’ while famous around the globe, is virtually unknown within China thanks to the ‘Great Firewall of China’ which censors so-called ‘offensive’ speech. It is estimated that China employs between 30,000 and 50,000 special Internet police,” said Wolf.

“Shockingly, the China has a thriving business of harvesting and selling for transplant kidneys, corneas and other human organs from executed prisoners. An August 27, 2009 Los Angeles Times article reported, ‘In a rare acknowledgment of a practice that has until recently been shrouded in secrecy, the state-run newspaper said 65 % of organ donors were executed prisoners…’ The image here, from a 1994 BBC story, is of PLA officers preparing to execute prisoners. Later footage from the same story captures an unmarked van driving toward the prison to harvest the organs from the executed prisoners and transport them to a local hospital,” he said.

In his statement Congressman Wolf details other abuses, violations and atrocities by China and reveals U.S. companies involvement in China as enablers of a repressive regime.

“The Chinese government brutally represses its own people. It persecutes people of faith. It censors the Internet. It maintains labor camps.

The Chinese government actively engages in cyber-espionage. It steals state secrets. It aligns itself with countries directly at odds with U.S. interests. It supports genocidal governments and buttresses rogue regimes.

There’s a legal term, ‘willful blindness,’ that aptly described our dealings to date with China. Faced with these painful truths, blindness is no longer an option.

In the words of British abolitionist, William Wilberforce, ‘Having heard all of this, you may choose to look the other way, but you can never again say that you did not know.'”

Leader McCarthy and Rep. Jim Jordan Address Subpoena from Jan. 6 Select Committee in Blistering Op-Ed
Townhall
Even Smokey Bear is letting America down
Twitchy
Beto O'Rourke Wilts When Pressed on His Gross Political Stunt in Uvalde
Redstate
Why the Heck Did Amber Heard's Legal Team Call Her Back to the Stand?
PJ Media