Marriage is not a 'right'

Marriage is a privilege, not a right. No one has the ‘right’ to get married. No one has the right to promote the degradation of society either. We’ve tumbled down some slippery slopes in my lifetime and I’d prefer that we stop before we become an entire nation that resembles Hieronymus Bosch’s Garden of Earthly Delights. 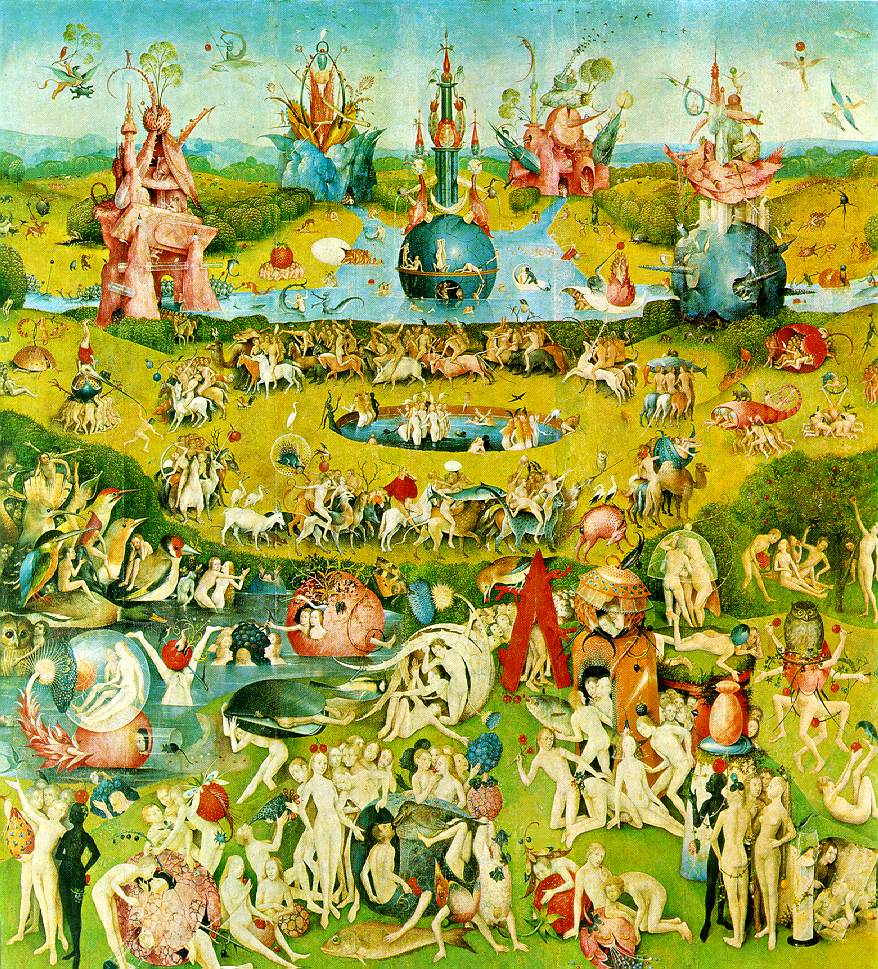 When I was in high school in the 1970s, only rarely did you hear of a girl who had gotten pregnant. Sometimes someone would just disappear and you’d later find out she was pregnant, was shipped off to live with an aunt or even a home for unwed mothers, like a friend of mine did. The child would most often be put up for adoption and that would be that. If the girl returned to school the next year, she was virtually shunned by the other girls and the guys usually treated her as if they thought she’d be ‘easy’. Even when I was in college, it was pretty much the same, except the couple would end up getting married. Now, as we know, hardly anyone blinks at the thought of a young girl becoming pregnant, it’s so common place, and she most certainly will not end up marrying the guy or even giving the child up for adoption. Instead, she will drop out of school to try to raise the child, with or without help from her family. So much for the sexual revolution…that’s how we ended up with “Julia”. It happened gradually, these things always do. It becomes more and more common and finally, society just throws up its collective hands and gives up under the pressure of those who insist we accept this change in values.

I am, or was, a cradle Episcopalian. I literally grew up in the church. My mom taught preschool and kindergarten at our church’s school, I attended school there through 6th grade. I loved it. When I got older, I attended church with many friends who belonged to other denominations, from Catholic to Southern Baptist. In the summertime, my mom would enroll me in every vacation bible school she could find at various churches on our side of town. I attended church with friends in college too, but I always returned to the Episcopal church. As a denomination, we’d been through quite a few kerfuffles, such as the ordination of women priests, but like most of the pew sitters, I paid little attention to the bigger picture. As long as it wasn’t happening in my parish, things were cool. It wasn’t until 2003 that I realized what was really going on in regards to the gay agenda. That was the year Vickie Gene Robinson was elected bishop in New Hampshire, an openly gay, partnered man who had left his wife and children to live his alternate lifestyle. Little did I know at the time that this was just the tip of the iceberg that had been forming for approximately the last 40 years or so. I was quite shocked – they don’t call us God’s Frozen Chosen for nothing. Then we elected Katherine Jefferts Schori as Presiding Bishop and things really started going downhill. She is very pro-gay marriage and has quite the social justice agenda as well. We’ve had clown Eucharist at Trinity Episcopal Wall Street, Vickie Gene Robinson “married” his partner, there are now several gay/lesbian partnered/not partnered priests and bishops, there was talk of forcing parishes to accept and perform gay “marriages”,  I could go on and on and on.  It has torn our church apart.  At first, I stayed to fight the good fight, but after several years I realized things were getting worse, so I resigned from the episcopal church. It broke my heart. I’m still without a church home – so many other denominations are going through the same thing.

This is what I resent the most about the GLBT movement. I resent anyone trying to force me to accept what I view as unChristian and unnatural behavior. Society as a whole has survived because of tradition and reason regarding what is accepted as normal and natural, even in the secular world. This is yet another slippery slope we are navigating and one slippery slope leads to another. Because of my involvement in the fight for my church, I’ve become aware there are many groups out there biding their time, waiting their turn – not just incestuous relationships between siblings, but between parent and child, unrelated adults and children (NAMBLA), lowering the age of consent (not just for marriage), polygamy and so on. If you think none of this could ever happen, think again. Who would have ever thought abortion would be legal, young girls would get pregnant out of wedlock and force society to take care of them both, same-sex marriage would be accepted anywhere? Where would it stop?

I can understand the desire to have the state get out of the “marriage” business altogether, but I think we are too far down the road for that to happen. I do, however, believe this should be decided by the voters of each state. As was mentioned elsewhere, more than half of the 50 states have decided marriage is between a man and a woman, even California. If you live somewhere that has voted to not recognize the relationship you wish to have, you do have the RIGHT to move to a state that does. You DO NOT HAVE THE RIGHT to bully the rest of us into going against our values.

When you give it some thought, it really is no different than the left trying to force conservatives to accept their socialist agenda is it?