The push to give an estimated 11-20 million illegal immigrants a path to citizenship is well underway.  The Senate is debating the Gang of 8’s amnesty plan.  Speaker of the House John Boehner has said immigration reform is his top priority for the rest of this year(instead of say reigning in the abuses of the federal government or tackling Washington’s out of control spending habit).  And President Obama said on Tuesday that we Americans “owe” it to illegal immigrants that they get a “pathway to citizenship”.

According to government estimates 40% of those in this country illegally are here because they over stayed their visas, the rest sneaked across the border or hid in boats or planes.  Every last one of them violated the laws of this nation.  We are a nation of laws after all.

As Thomas Paine wrote in his pamphlet Common Sense, “In America the LAW is King”.

Those millions upon millions who have violated our nations laws in one way or another do not deserve to be rewarded with a pathway to citizenship.  What they deserve is a boot to the ass as they are kicked out of this country(preferably by way of self deportation).

If Obama, McCain, and the rest had their way we would grant citizenship to law/rule breakers like Marita Nelson who came here illegally 20 years ago and has been living off of American taxpayers ever since(food stamps, government housing and medicine, plus Social Security).

The citizenship for illegal immigrants crowd would also probably want to reward the habitual drunk driver who killed a nun in Virginia.  They would probably also favor giving citizenship to Juan Galindo without a second thought, that is until they are told that he raped and killed a month old baby in New Mexico after having already been deported once.  I also wouldn’t be shocked if people wanted to give citizenship to the young woman who has been in the country illegally for 17+ years that I reported to ICE in August of 2011.

Do your civic duty report illegal immigrants to ICE

If we are going to give 11-20 million illegal immigrants a path to citizenship I am forced to believe that those pushing this shame called comprehensive immigration reform are fine with the millions of illegals who have received billions in tax refunds and tax credits getting citizenship too.  I also take it that the millions of illegal immigrants who have committed identity theft, forged documents, and are using someone else’s Social Security number are going to be welcomed as US citizens by the Gang of 8 and their supporters.

Any rationale person who looks at the Gang of 8’s amnesty plan, or the DREAM Act, or President Obama’s de facto amnesty, he calls it deferred deportation, should recoil in horror to the lawlessness these plans or programs encourage and reward.

None of the 11-20 million illegal immigrants in this country and the half million or so who join them each year should be eligible for citizenship, period.

A nation of laws, that respects and upholds the rule of law, shouldn’t be having this kind of discussion.  We should be enforcing the laws already on the books, securing the border, and then(many years down the line) talk about what to do with those still here illegally(after hopefully a good number of them have self deported).

But rationale people who respect the rule of law are not running things in Washington.  Instead mini-dictators like Senate majority leader Harry Reid are squashing and ridiculing any effort to enforce the law and secure the border as evidenced by what Reid did to an amendment on the Gang of 8’s amnesty plan offered by Senator Chuck Grassley.

And then there are Gang of 8 members John McCain and Chuck Schumer who have said any immigration reform bill that doesn’t include citizenship for illegal immigrants is a not starter.  The Hill reporter back in April that Schumer said, “Any attempt to say in the House that you will not have a path to citizenship, will be a nonstarter,” said Schumer. “I say that unequivocally. It will not pass the Senate,” he warned.  At the same event John McCain echoed that sentiment saying, ““There’s no way of getting this job done without giving people a path to citizenship,”

That position taken by McCain and Schumer and backed up by everyone else, including President Obama, who are for the Gang of 8’s amnesty and citizenship plan is ludicrous.

We cannot and should not start the debate about immigration reform from the stand point of giving people who have broken our nations immigration laws preferential treatment or a reward for their law breaking, i.e citizenship.

What those illegal immigrants need and deserve is a strong and unequivocal message, leave on your own or we can and will deport you, period.

We need to be willing to enforce the rule of law not bend over backwards to accommodate the illegals.

Someone has to have to courage to tell the illegals, such as the ones who tried to take over congressman Steve King’s office today, that if they continue to remain in the US illegally they are going to get a boot print tattooed to their arse as they are kicked out of the country and told never to come back.

Sadly far to many people in Washington and elsewhere are to afraid, to cowardly, to do the right thing and put #Boots2Asses.  If there was enough courage and enough will to do that(enforce existing immigration law and secure the border) then we wouldn’t have an illegal immigration problem now would we. 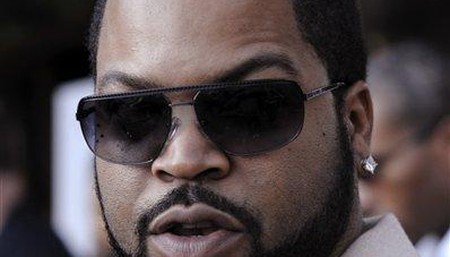 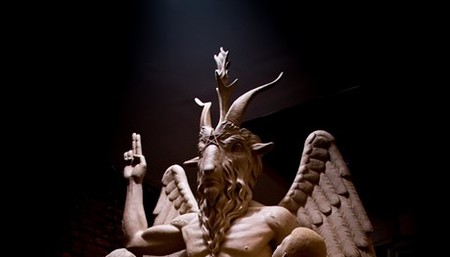 Balenciaga Apologizes for Its Disgusting Child Sexualization Ad, but Are They Really Sorry?
Brandon Morse

Elon Musk Discovered a Closet Full of T-Shirts at Twitter HQ. Here's What They Said.
Townhall
Former senior data scientist at Twitter shows some of the hate that's been directed toward her
Twitchy
Major News on Vaccinated COVID Deaths, but the White House Decides to Lie Anyway
Redstate
Four Mass Shooting Truths to Shut Down Your Liberal Family Members at Thanksgiving Dinner
PJ Media