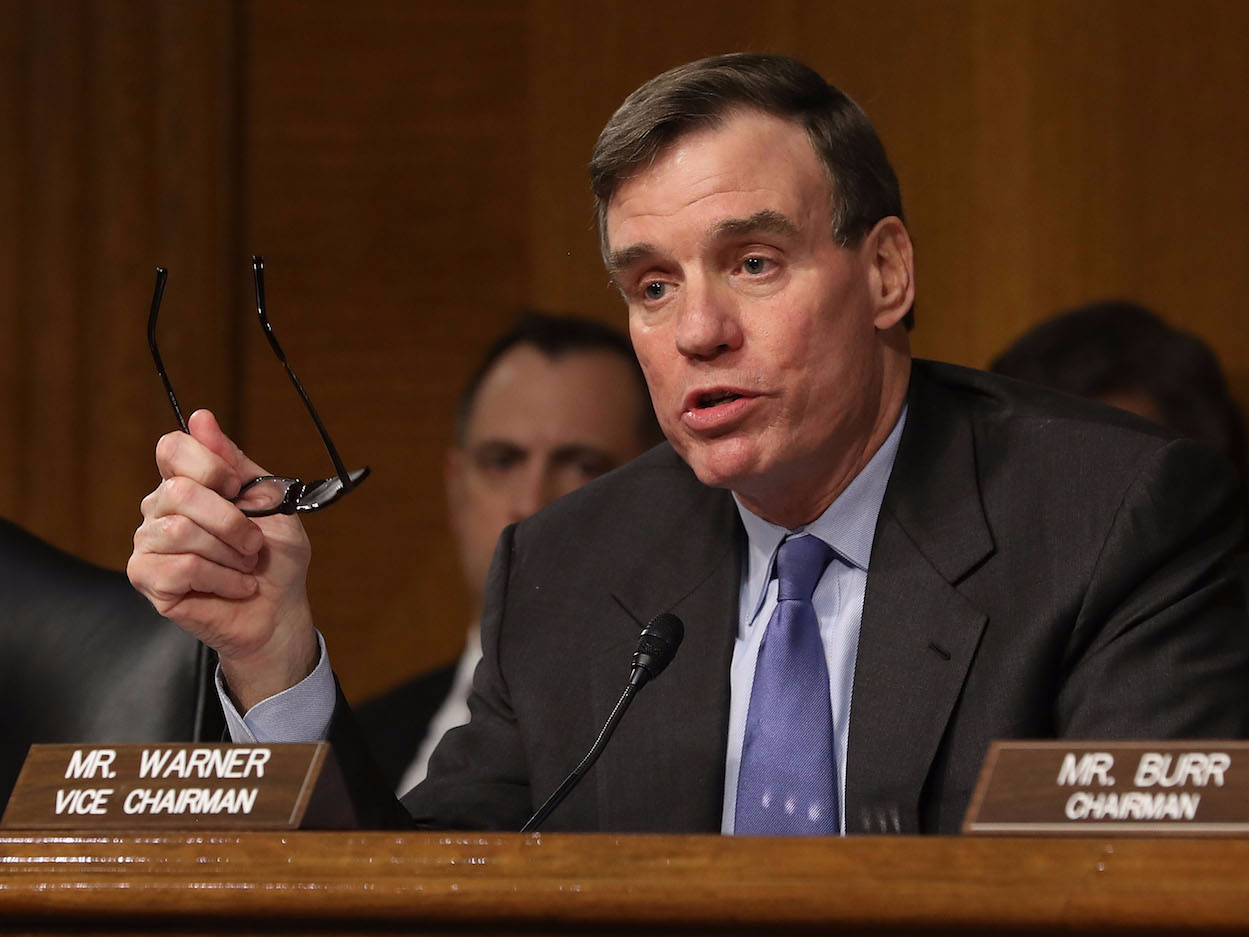 Moments ago, Senator Mark Warner (D-VA) gave his opening statement at the Senate Intelligence Committee investigation hearing today by delivering a very efficient, bi-partisan, fair assessment of what happened last year, and why it should matter to all of us. He was followed by the first witness, Roy Godson, Professor of Govt Emeritus at Georgetown University. The entire exchange will be up on CSPAN soon.

With the recent questionable developments around Rep Devin Nunes, as Chairman of the House Intelligence Committee, this stands in such stark contrast, that I felt it was worth sharing in full. The Senators appear to have a semblance of respect for themselves, and their colleagues, and I hope this can be enough to encourage my fellow Republicans to listen, and calm the emotions of my neighboring Democrats. We need to trust our leaders to be fair and forthright.

What Senator Warner discusses are all established truths that both Parties admit. Surely, there are far more instances of “smoke” as he says, that tell us to investigate this further. But this is a start. Feel free to share what your thoughts are on this statement.
_____________________________________
“Let’s review what we already know:
Russia’s president, Vladimir Putin ordered a deliberate campaign carefully constructed to undermine our election. First, Russia struck at our political institutions by electronically breaking into one of our political parties and stealing vast amounts of information.
Russian operatives also hacked emails to steal personal messages and other information from individuals ranging from Clinton campaign manager John Podesta to former secretary of State Colin Powell.
This stolen information was then weaponized. We know that Russian intelligence used to the “Guccifer” persona and others like Wikileaks and seemingly choreographed times that would cause maximum damage to one candidate. They did this with an unprecedented level of sophistication about American presidential politics that should be a line of inquiry for us on this committee. And candidly, while it helped one candidate this time, they are not favoring one party over another, and consequently should be a concern for all of us.
Second, Russia continually sought to diminish and undermine our trust in the American media by blurring our faith in what is trust in what is true, and what is not. Russian propaganda outlets like RT and Sputnik successfully produced and peddling disinformation to American audiences in pursuit of Moscow’s preferred outcome. This Russian propaganda on steroids was designed to poison the national conversation in American. The Russians employed thousands of paid internet trolls and bot-nets to push out disinformation and fake news at a high volume, focusing this material onto your Twitter and Facebook feeds, and flooding our social media with misinformation. This fake news and disinformation was then hyped by the American media echo chamber, and our own social media networks to reach and influence millions of Americans. This is not innuendo, or false allegations. This is not fake news. This is actually what happened to us.
Russia continues these sorts of actions as we speak. Some of our close allies in Europe are experiencing exactly the kind of interference in their political process. Germany has said it’s parliament has been hacked. French presidential candidates right now have been the subject of Russian propaganda and disinformation. In the Netherlands, in their recent elections, the Dutch hand counted their ballots because they feared Russian interference in their electoral process. Perhaps more critically for us, there’s nothing to stop them from doing this all over again in 2018, or 2020 as Americans go back to the polls. In addition to what we already know, any full accounting must also find out what, if any contacts, communications or connections occurred between Russia and those associated with the campaigns themselves. I will not pre-judge the outcome of our investigation. We are seeking to determine if there is an actual fire, but there’s clearly a lot of smoke.
For instance, an individual associated with the trump campaign accurately predicted the release of hacked emails weeks before it happened. This same individual also admits to being in contact with Guccifer 2, the Russian intelligence persona responsible for these cyber operations.
The platform for one of our two political parties was mysteriously watered down in a way which promoted the interests of President Putin, and no one seems to be able to identify who directed that change in the platform.
The campaign manager of one campaign who played such a critical role in electing the president was forced to step down over his alleged ties to Russia, and it’s associates.
Since the election, we’ve seen the president’s National Security Advisor resign, and his Attorney General recuse himself over previously undisclosed contacts with the Russian government.
And of course, in the other body, on March 20, the director of the FBI publicly acknowledged that the bureau is “investigating the nature of any links between the individuals associated with the trump campaign and the Russian government and whether there was any coordination between the campaign and Russian efforts.”
I want to make clear, at least for me, this investigation is not about whether you have a D or an R next to your name. It is not about re-litigating last Fall’s election. It is about clearly understanding and responding to this very real threat. It’s also, I believe about holding Russia accountable for this unprecedented attack on our democracy. And it is about arming ourselves, so we can identify and stop it when it happens again. And trust me, it will happen again if we don’t take action.
I would hope that the president is as anxious as we are to get to the bottom of what happened. But I have to say, editorially, that the president’s recent comments with his wild and uncorroborated accusations about wiretapping, and his inappropriate and unjustified attacks on America’s hard-working intelligence professionals does give me great concern.
This committee has a heavy weight of responsibility to prove that we can continue to put out political labels aside to get us to the truth. I believe we can get there. I have seen first hand how serious members on both sides of this dais have worked on this sensitive and critical issue. As the Chairman and I have said repeatedly, this investigation will follow the facts where they lead us. If at any time we’re not going to be able to get those facts, we’re working together very cooperatively to make sure we get the facts that we need from the intelligence community. We will get that done.
Mr Chairman, again, I thank you for your commitment to this serious work and your commitment to keeping this bi-partisan cooperation, at least if not all across the hill, alive in this committee.”
– Sen Mark Warner (D-Virginia)
Share
Tweet
Register Login to Comment
TRENDING

Here's How You Know Democrats Rigged and Stole the 2020 Election
Townhall
Dr. Fauci shifts the goalposts yet again, this time to another field in a different state
Twitchy
Can We Put Pelosi out to Pasture Already for What She Just Did to Willie Mays?
Redstate
Canadian Pastor Swarmed and Arrested by 'SWAT' Team for 'Inciting' People to Attend Church
PJ Media