It’s amazing that people talk about issues in this campaign. Can any of you Dems or Diddy define any of the issues or policies associated with your candidate’s “hope and change” motif? Please humor me; name just one.

Oh, and by the way Diddy, Clinton was from a state that also began with an “A,” and he too was a Governor with similar experience which during his campaign seemed sufficient to DNC supporters. Of course, you (Diddy) may or may not be able to recall which state it was that Clinton was from, let alone spell it or even point to it on a map. Stick to your music, if that’s what you call it.

Conversely, most GOP supporters can tell you exactly what McCain’s policies and positions are. He is not simply towing the line as is his opponent. As I recall, didn’t Biden say he would be happy to serve under McCain? 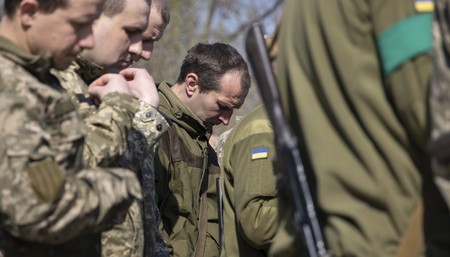 Week 12 of Putin's War in Ukraine Comes to an End With Fired Russian Generals, New Howitzers, and Little Movement
streiff