Welcome to today’s edition of Watercooler: Last Week, RedState.   This WC is all about Posts, Reader’s Diaries, and comments at RedState

Trump and his very best people are good at giving us things to post about.  There were a number of posts that deal with the Comey firing, see Susan’s piece on Comey agreeing to testify (or not) here: Comey To Senate Intel Committee: Testify? Sure, I’ll Testify – My Way  Streiff’s piece on some of the motivations for Comey’s behavior need to be considered, see: Comey Associate Says That Comey Might Be Out to Bring Down Trump was a short piece with a lot of comments.

Today I’d like to take up Climate Change but from a decidedly different perspective.  Many conservatives and most good scientists, amateur or professional, have tried to crack the nut that is the AGW crowd’s modeling and forecasts.  I’ve held for a while that this is a futile exercise since the AGW crowd uses a strategy I’d call A Retreat into Complexity.  That is, if you can’t properly explain something with a simple, parsimonious theory, make the theory and it’s usage so complex and intractable that to unravel it requires an inordinate amount of time and no matter what is done, it will always be subject to another round of A Retreat into Complexity!  Sure, they’ll miss a projection and, yes, we’ve had 2+ decades without an increase but, so what?  It’s an almost perfect strategy while it lasts and it can last a good long time.  This strategy closely resembles W.C. Fields’ saying that…  If you can’t dazzle them with brilliance, baffle them with BS!

With the AGW crowd using A Retreat into Complexity defense there’s no need for taking a last stand since, if we let them use it once, they can use it until we cut off that line of retreat.  If the defensive strategy is so robust, what’s to be done to finally defeat them?

Let’s attack this issue from the POV of two, competing climate models.  Since A Retreat into Complexity defense requires something that can be over-complicated, the second model, if one exists, must address the warming that the earth has experienced in a simple to understand scientific way and must be based on real science and not some pseudo-scientific theory.

The goal:  AGW estimates that, based on the temperature increase, (a) the earth has warmed by a estimate .5 watts / square meter over the last 150 years and (b) that increase in solely due to man-made CO2 increases.  Since the underlying assumption is that this warming has been caused by the increase in CO2 emissions via a feedback loop then these two facts are a good place to start.

Our competing theory then must address (a) the .5 watts/square meter and (b) must offer a competing theory for that increase in place of the CO2 feedback loop.  Fortunately, there is a theory out there already constructed that we can use, it was put forth by Henrik Svensmark  (see the book “The Chilling Stars: A Cosmic View of Climate Change”) and his theory is good enough to start with.

Note:  I intentionally ignored the other complexities of the AGW theory and focused solely on the temperature increase.

Of the two theories, AGW treats clouds as an afterthought but, in Svensmark’s theory, the changes in cloud cover is the primary focus of his theory and it accounts for virtually all of the increases in solar energy absorption seen over the last 150 years.

Although I am in a STEM field, I pursue science as a hobby so I don’t have time to waste my life following false theories.  If I’m presented with two theories to explain the same observed phenomena and the first, or mainstream, AGW theory ignores or can not model a major component of a competing theory and… that ignored component closely approximates the objective of importance (i.e. .5 watts/square meter), I’m going to pick the most parsimonious theory and work with that one.  Maybe the chosen theory has holes of its own but I choose to pursue the richest field of endeavor, AGW does not measure up to that standard.

This is a first for me, Streiff’s piece on some of the motivations for Comey’s behavior was talked about above.  It was a short piece with a lot of comments but many of those comments were about the decidedly un-welcoming tone to some of the back-and-forth in the comments sections of posts.   I’ve noted before that the Posting Rules are not available but some rules that seems to be routinely broken are: (2) Name-calling and personal attacks directed at other users; (3) Following a user on the site to abuse, harass, or disrupt; 4) singling out a user for abuse or harassment for any reason.

I think we can do better at RedState!

“She’s faking it.“, in response to the observation that: It is a strange state of affairs when you find Nancy Pelosi acting like a sane person.  JohnCV

In response to… And shame on YOU for posting that pic. PASS THE MINDBLEACH, STAT! 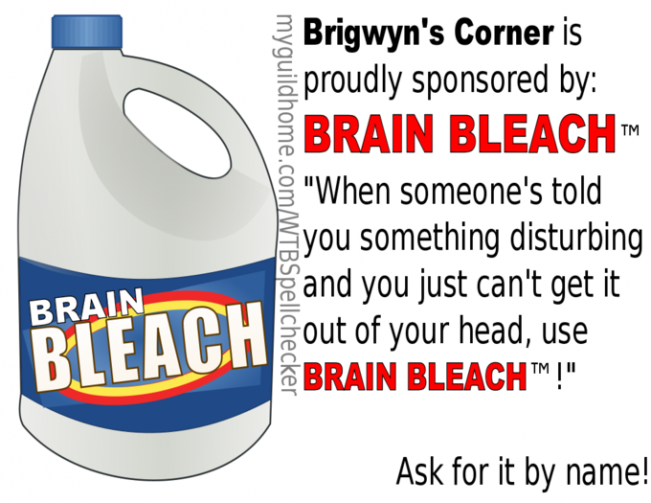 Thanks for the image Joliphant

I don’t have any for today but feel free to share below.

Drink up, that’s it for the Watercooler today. Remember, this thread is all about RedState contributors from: the front page, Reader’s Diaries, or in the comments section.

Thanks for stopping by, hanging out, and drink up.