Water Cooler 5/2/16 OPEN THREAD - Ohio seeks its governor, Indiana is not the end, Cruising for cigars

One more time, with feeling

Perhaps you saw several stories this week proclaiming Indiana to be Ted Cruz’s firewall. Not so, say’s Cruz. The Hill says Chris Wallace asked him about it and Cruz gave the same answer he’s given for many months now:

“If you don’t win in Indiana under these circumstances, is this race over?” asked “Fox News Sunday” host Chris Wallace.

Cigars off the starboard bow

By the time you read this about 700  people will have descended on Cuba.  Carnival’s Fathom cruise line is the first US cruise ship to make its way to the island in decades.  The cruise is suppose to last a week and stop in Havana, Cienfuegos and Santiago de Cuba. Here’s a nice wrap up from CNN on protests that broke out as well as some of the passengers aboard the ship and what they will enjoy most from their visit. Several mentioned cigars, including retiree Carl Harbour:

“When I got old enough I acquired a taste for Cuban cigars so I have come to appreciate Castro trying to help the common people all these years,” he said.”

Hmmm? Wait – because this guy likes Cuban cigars he thinks Castro is trying to help people? Apparently so. Harbour offers more insight into the communist dictator.

“I don’t think he is one of these dictators who keeps his money stocked away in some Swiss bank account. I think he really wanted to help the people and improve the life of the common people of Cuba.”

Ohioans want their Governor back

Seems people in Ohio have had enough of their governor running around the country and want him back at home doing governor stuff.  PPP did a poll in Ohio and found 49% of respondents want John Kasich to drop his presidential run while 38% think he should keep on going.

“Part of the problem for Kasich is that voters feel he’s neglecting his duties as Governor. Only 31% think he’s paying enough attention to his current job, compared to 49% who think the Presidential bid has caused him to pay insufficient attention to his Gubernatorial duties.”

And it’s not just neglecting his duties that worries people. There’s the matter of taxpayer money, too.

“One thing voters are particularly unhappy about is having to foot the bill for Kasich’s security detail- 66% of voters in the state say they oppose the more than $450,000 of taxpayer money that’s gone to pay for his security on the campaign trail, to only 22% who are ok with that expenditure. “

Today is (brace yourself) – International Scurvy Awareness Day.  Woo Hoo! To prevent scurvy eat more fruit. Scurvy causes everything from bleeding gums to rashes. There’s even a scholarship for the college bound. And if that’s not enough to entice you to click, the site has a page devoted to lots of cats with fruit on their heads.

That’s it for today’s Water Cooler. You know what to do. The rest of the cooler is for you to mess up as best you can. News tips, random thoughts or pics of pets with fruit on their heads can be left down below. The cooler is always an open thread.

* All emphasis is mine 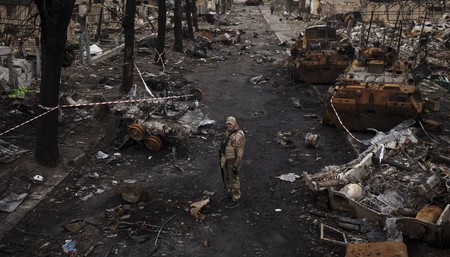