Nothing frosts me as a citizen and activist more than seeing our elected representatives forget who and what they represent. Republicans win when they act like Republicans – putting conservative principles to work – and lose when they don’t .

Exhibit A: a pro-market, pro-consumer, pro-growth proposal to end Pennsylvania’s monopoly control of alcohol sales may be about to be shot down – because a key Republican state senator has become, if you will excuse the term, drunk with power.

Prohibition was repealed nearly 80 years ago and all but two states – Pennsylvania and Utah – have done away with Prohibition-era monopolies on sales and distribution of alcohol. The reasons are simple: Convenience. Choice. Savings. And job creation, as more retailers enter the market and stores that cater to Pennsylvanians in neighboring states bring their business back across the border.

The Keystone State’s restrictions should be fairly straightforward to end since the governor, a Republican, has proposed a plan to eliminate state-run stores and the Commonwealth’s monopoly on distribution and set up a system of private licenses. The state House, also controlled by his party, happily went along. And the state senate is also controlled by the GOP.

But a Republican Senate committee chairman has given the Corbett proposal the same treatment Democratic legislative leaders regularly give GOP presidential budget proposals at the federal level: declared it “dead on arrival.”

Senator Charles McIlhinney, the powerful Chairman of the Senate Law and Justice Committee, and a recent recipient of an eye-popping $25,000 from the primary big union opposing the privatization move, has essentially appointed himself a one-man legislature. He is writing his own bill, delaying its introduction and essentially running out the legislative clock that essentially runs out later this month.

Unions have protested the potential changeover of a few thousand union jobs that would become those of the private sector and not the government.

That syndrome – where legislators entrench themselves by doing the bidding of contributors rather than serving the public at large – is combining with the fact that everyday citizens don’t have nearly as much at stake as those directly benefiting from Big Government, and therefore won’t raise nearly as much of a stink.

The eyes of conservatives should be on Pennsylvania over the next few weeks to see if Republicans act like reformers and know how to apply simple conservative principles in a very basic way. Free markets work. If so-called Republicans in Pennsylvania can’t pass a basic free market reform like this we should let McIlhinney and other Republicans of his ilk know that people not only thirst for a less expensive drink in the upcoming summer heat – but we will make power-drunk legislators feel the heat if they don’t put the people’s interests first.

Cross posted at Joe for America 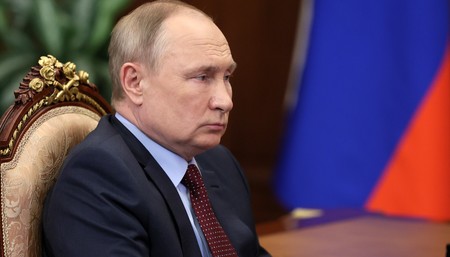 Elon Musk Swats Down New York Times' Claim About Hate Speech on Twitter
Townhall
John Hayward's thread EXPOSES the elite's endgame with EVs and it's NOT about 'saving the planet'
Twitchy
Media Pounces on GOP After Inconvenient Truths About Hakeem Jeffries Are Pointed Out
Redstate
Swiss Prepare to Spend the Winter Bored, Cold, and Trapped at Home
PJ Media