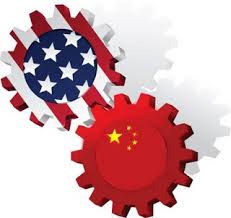 I am a free trader. I firmly believe in free market principles, and with limited (very limited) regulation to guard against anti-competitive practices, the free market, be it local, regional, or international, works just about right. From Wealth of Nations to Milton Friedman, I think the jury is basically decided that Keynesian notions of central stimulus pale in comparison to the wealth actually created from private investment into, wait for it . . . RISKY ventures.  Macroeconomics, the Laffler Curve, Marxist doctrine, and “too big to fail” all set aside, if there were no nations and no regulations (dang I’m sounding like a college Democrat), it seems most fair to let commerce occur without any added state burden on such.  Simply put, if I have something to sell, and someone else, regardless of their geography, has a need to buy it, it stands to reason that I should be able to make a transaction at whatever the buyer is will to part with to make the sale happen.  One entity selling something of value to another entity, with the buyer setting said value.  As long as everything is legal, there is no deception, trickery, or outside manipulation, this is Capitalism in its best form.  And it works (see last 200 years of U.S.A.).

So that’s “Free Trade.”  Goods and services bartered, sold, and exchanged according to the terms reached by the buyers and sellers.  And that, at heart, is why I am a free-trader.  In the contemporary Conservative sphere, there are elements, SIGNIFICANT elements, that do not, at least under current conditions, share this point of view.  Populists, protectionists, agrarians, and even some big business types rail on the “outsourcing of our jobs” and how we need “fair trade, not free trade.”  In the end, this road leads of course to one place – tariffs.  And a pure free trader vehemently oppose such.  Tariffs cause trade wars, drive up prices, suppress production, and stifle capital infusion, right? 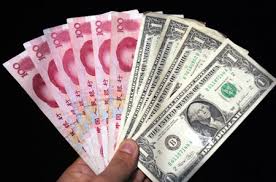 True enough, trade among peoples and nations has caused more than its share of conflicts. History buffs will remember that while Helen was claimed to have the face that “launched a thousand ships,” the Greeks were much more interested in overtaking the trade routes in the east Mediterranean which were currently dominated by who history has come to know as the Trojans.  Nice story about estranged love, a noble prince and pursuit of his heart, but the real deal was all about tin, bronze, copper, iron, and probably some olives and wine.  In the best instances trade amongst peoples is freely set upon, recognizing a symbiotic need.  In many instances, it is a more powerful nation wanting to open new markets, to sell their goods and services to a population that has been “deprived” of such.  And we’re not innocent in this.  Nixon may have went to China in the 1970’s, but it was Commodore Perry that, through military threat, first “opened” the vast populations of the far east to trade with North American interests.  Yes, then millions and millions of Asians could purchase foodstuffs, manufactured items, and other services from American companies.  Ironically, less than two hundred years later these same Asians could sell Americans back their own goods and services at the expense of American jobs.  But your keeper digresses a bit.  Back to the matter at hand – Free Trade.

Free Trade really is a two-way street.  You can’t have a Tahoe (or Prius, depending on the administration), roaring down one way ally only to be stalled by the newest V8 Rickshaw out there. Semantically speaking, I suppose we have free trade with the Chinese. 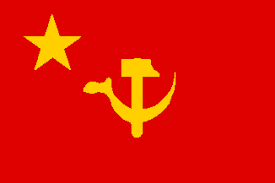 For the most part, we don’t slap down the tariff on them, and they don’t slap back the tariff on us.  We’ve got 4 billion up-an-coming Chinese to sell stuff to, and they’re got the richest market in the world to sell to.  Seems like a great opportunity for “free trade,” right?  Problem is – advance apologies to those to take offense, this is not a racist or bigoted remark – you can’t trust a godless authoritarian Communist. The Chinese communist party in China can make claims all day long about being “free trade” partners (which if you think about it, isn’t even possible for a real communist regime anyway), but the fact is, they have taken deliberate steps to make sure that this “free” and “fair” trade was much-much-mo fair in their direction. What have we all heard – cheap labor, cheap labor, squawk squawk whatever.  Why is their labor so relatively cheap . . . THAT relatively cheap.  As we all know, it is because of China’s central monetary policy.  They tie the value of their currency directly to a basket of other global currencies (guess which one is predominant . . .) and reset its value on a daily basis.  THUS, the Chinese currency is never allowed to “float” on the free market (um, a prerequisite of free trade, BTW), and is consequently always keep undervalued relative to other major international monies.  WOW.  What a scheme!  No wonder slick street agitators from Chicago admire the system so much! “You can buy this much for a dollar in my store, but I need to get about twice that for the same dollar in your store.  That cool?”

Calling in Lucifer’s Lawyer, we should ask – “So, we get cheap stuff at WalMart.”  Yes, yes you do.  But you also pay a higher tax rate to make up for the individuals that are unemployed or underemployed because of the currency manipulation.  Chances are, you could pocket more dollars, and still get non-lead-paint-coated goods for close to what you’re paying now.

To borrow a phrase from our bold young president, “Let me be clear,” I’m not trying to stick-it to the Chinese worker.  Chinese citizens have had it stuck to them enough.  They’ve been making goods that are consumed by the richest society in the world, but their payscale hasn’t quite risen to match.  Sure, we all hear about the Nouveau Riche in China, but really what percentage of the population is benefiting to the degree that Americans did in the 1940s, 50s, and 60s?  They are merely pawn players in the government’s overall goal to achieve pre-eminent superpower status, damn the populace’s needs.

So back to the title of my post- I’m now a Free Trader willing to engage in tariffs concerning Chinese goods.  Hopefully this will lead to a real movement to bundling of their currency. Worse case it doesn’t and we still get some jobs back here in the US of A.  In this instance when an act of protectionism may help promote real free trade, perhaps protectionism is the path to get there.  I never thought I would write these words, but so be it.  This is where we are.  If the Chinese won’t aggressively work toward letting their currency float, then we should take action to adjusting it de facto through the tariff.

Here’s hoping for Free Trade.  REAL free trade.  Maybe a pipe dream, but like so many aspects of this great nation of ours, worth fighting for.

Reports: Taliban Decapitating Children and Hunting Down US Collaborators
Townhall
AUDIT UPDATE: Settlement reached over routers between Maricopa County and the Arizona State Senate
Twitchy
Ted Cruz Has a Question on the Droning of an Afghan Aid Worker That Must Be Answered
Redstate
France Recalls Its U.S. Ambassador After Biden Blows Up NATO. But Mean Tweets or Something.
PJ Media