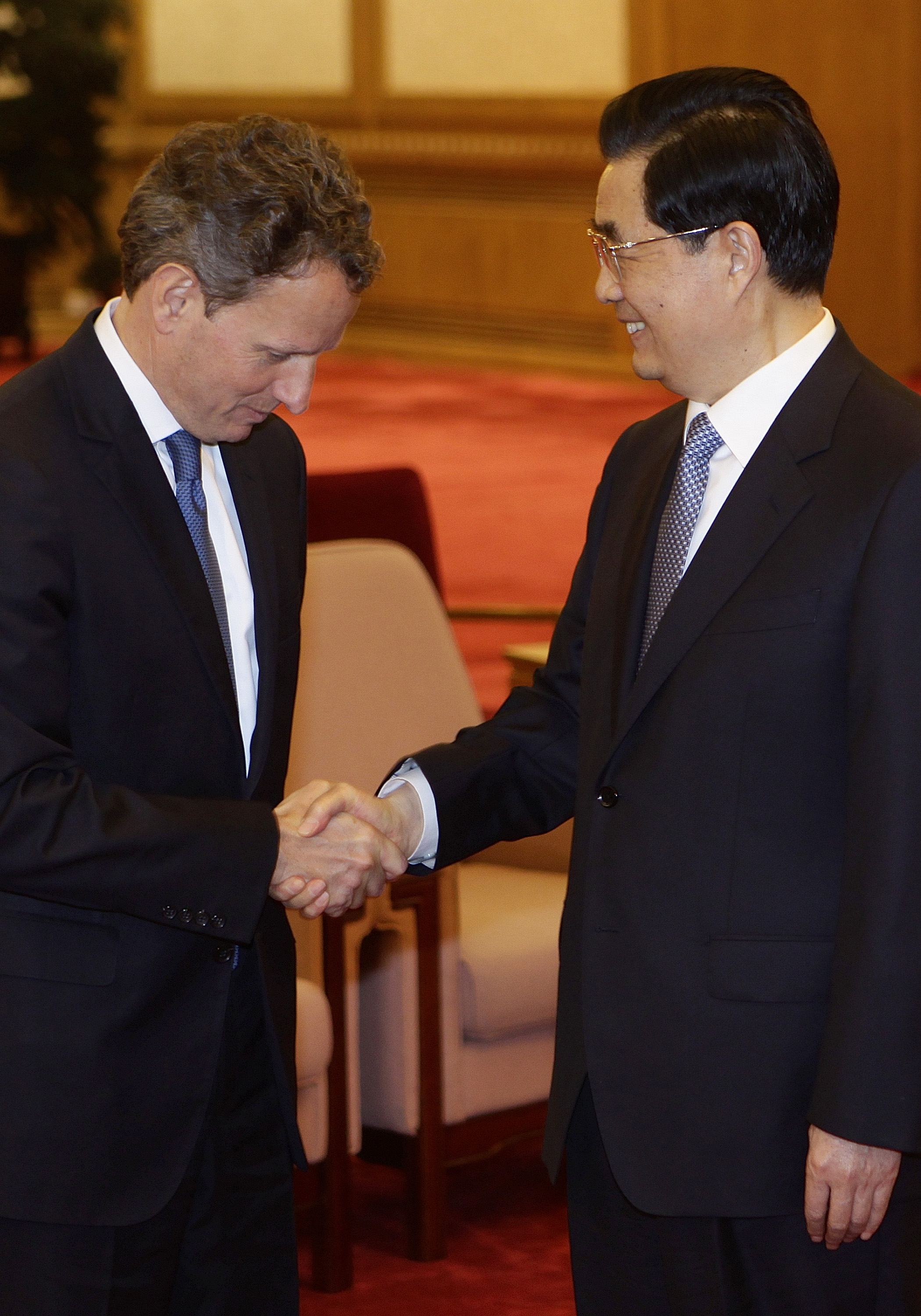 Yeah, they’re bowing again. What is it with these guys? Little Timmy and Barack have something in common with Erick; they all spent their formative years in foreign lands. But how come Timmy and Barack always have to bow to everybody? I’m sure Erick would never do so unless it was Jesus Christ himself (or maybe the Queen of England, YMMV).

Yeah, I know, it’s the economy, stupid. But my God I can’t wait for them to get out of power. They’re overturning their own generals again, too!

As Western diplomats meet this week in Baghdad to try to coax Iran’s leaders to disclose its full nuclear program, Gen. James Mattis will be keeping an eye on the Persian military.

Mattis wanted to send a third aircraft-carrier group to the Persian Gulf earlier this year, The Daily Beast has exclusively learned, in what would have been a massive show of force at a time when Iranian military commanders were publicly threateningto sink American ships in the Strait of Hormuz. The four-star Marine Corps general and CentCom commander believed the display could have deterred Iran from further escalating tensions, according to U.S. military officials familiar with his thinking.

But the president wanted to focus military resources on new priorities like China, and Mattis was told a third carrier group was not available to be deployed to the Gulf.

The carrier-group rebuff in January was one of several for the commander responsible for East Africa, the Middle East, and South Asia. Working for the Obama administration, Mattis has often found himself the odd man out—particularly when it comes to Iran

It’s too bad the Republican party couldn’t have put up a conservative so we could talk about all the other important issues besides the economy. But there it is.