There will be 31 new Republicans coming to the Texas capitol and only 6 freshman Democrats. The “WD-40s” have been wiped out. Only one white Democrat over age 40 survived the Tuesday night election. They owned the Texas legislature until about 1980 and have dwindled away to near extinction.

Legislators will find the same solid Governor waiting on them in Austin. Republican Rick Perry handily defeated Houston’s Bill White 55-42 to win a 3rd term. Perry beat White with a “new media” campaign strategy focusing on internet advertising and social network sites. He did not debate White. Perry refused to sit for interviews with the editorial boards of the major Texas newspapers. Perry didn’t even print yard signs. His campaign and a comparatively strong Texas economy carried Texas Republicans to victory in every statewide race and judicial seat.

The tea party spirit played a big roll in the Republican sweep. One prominent Austin based lobbyist put it this way:

Dont Mess With the Texas Tea Party!
The Texas Tea Party had an impact in Texas. Starting last summer with the Town Hall meetings and the rallies at the State Capitol, the group started attracting voters who had lost hope of finding a politician who represented their priorities. The Tea Party delivered them to the polls, and when they arrived there – they voted for the Republican candidate in almost every case. Now the question is whether any of the Republican candidates they elected will maintain any alliance with the Tea Party principals once in office.

The lopsided election results may put Speaker of the House, Joe Straus in danger of losing his position. He was a compromise candidate two years ago. Conservative Republicans will likely want to make a change to a more conservative Speaker.

All in all, it was a great night for Texas and Texas Republicans. As Rick Perry says, the states are a laboratory for good government. Texas is now even more strongly positioned to act as an example to the rest of the country.

And oh yeah, Texas is: 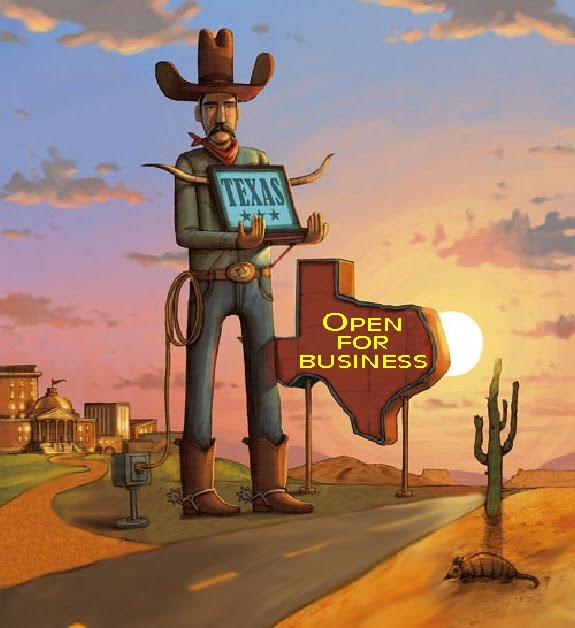