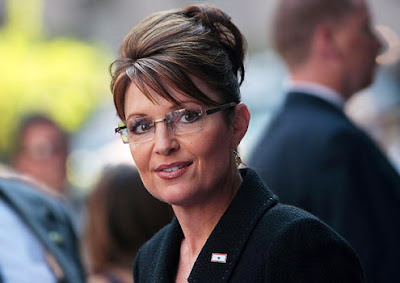 I take it back. Her announcement I hoped was a political move. That was my initial reaction. Perhaps, it was optimism getting the better of me. But I was wrong.

She’s gone. She’s really, truly gone. Over the last two hours I’ve been searching for every shred of information I can find. Here’s what I’ve come up with – nothing.

If she was planning another political run, planning a go at the Presidency, her PR team and supporters would be taking this influx of attention and spinning it toward bigger and brighter horizons. Instead…it’s silence.

Oh, everyone’s talking. Just not Sarah. Not her team. All is quiet and reflective in Alaska.

I don’t blame her. In fact, considering the unrelenting personal attacks on herself and her children, most would have left by now. Or self imploded. If anyone looks cross-eyed at my family, I crack my knuckles.

For conservatives, it’s been a tough couple of months. We watched a lunatic lefty sworn into office. And hoping against hope the damage he’d inflict could be slowed, we’ve seen those hopes end. In fact, this week the Senate Democrats even got a super majority with Al Franken, a man famous for wearing an adult diaper.

What was once an honorable profession – public office – looks like a collection of adulterers and thieves and greedy egomaniacs. We work everyday, govern our life, and are hammered on the head perpetually about how ignorant we are, how we need government, how we can’t even run our own lives. And all the while, they’re spending money on toad reproduction, pig odor studies, and bridges to nowhere…everywhere.

We, however, are the ignorant ones.

Sarah was one of us…among them. And with her out there, out in the light, righting our fight, we took our place among the producers, kept our head down, and waited for the rallying cry of “victory”.

Instead, another warrior is gone, at least from Washington. A microcosmic city on the edge of this country is making all the decisions of our life, and we have so few representatives. We are the voice unnoticed. We’re so quiet, we often wonder if anyone is speaking for us at all.

So it’s been a hard couple of months. And more are coming. I have no idea about the turning of the tide, or if the tide has set a permanent course. But as a conservative, both politically and socially, I have one last best hope.

No matter if our political statues rise or fall, there is still a plan beyond the petty bickering of this ant hill. There is a hope higher, grander, greater. And even if the mountains, political or physical, crumble into the sea, we are never alone.

So long Sarah. Thanks for the good fight. Thanks for being our voice for a time. The future is open and yours. Perhaps we’ll cross paths again on the battle lines. Until then, God bless you.

'Unhinged': The Zoom Call That Caused a California Teacher To Get Suspended
Townhall
Joe Scarborough warns House Dem about what's going to happen in 2022 if they don't dial down the crazy
Twitchy
Dissension Growing Inside the Biden Administration Over Border Problems -- Susan Rice Pointing Finger of Blame
Redstate
Joe Biden a No-Show to Greet Japanese PM—and the Preview of a President Harris Is Awful
PJ Media