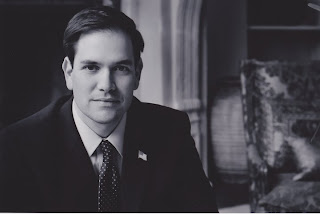 Just in case there was any doubt that liberal and conservative brains are different, here comes MSNBC’s Ed Schultz to remind you.

As you may have heard, my Senator, Marco Rubio, gave an incredibly moving speech at the Reagan Library about a week and a half ago. (If you haven’t seen it yet, click here.) Normal people and journalists watched that speech and felt that it was an excellent followup to his maiden speech on the Senate Floor, and the speculation about Rubio being the GOP’s Vice Presidential nominee became nearly deafening.

Well, Ed Schultz watched the same speech that you and I did, but had a much different reaction. Here’s a two-part YouTube video where Schultz calls Rubio “stupid,” “offensive,” and “psycho talk”, among other pleasantries:

YouTube | politicalarticles | Ed Schultz: Marco Rubio is So Stupid He Doesn’t Even Know When He’s Being Offensive (1/2)

YouTube | politicalarticles | Ed Schultz: Marco Rubio is So Stupid He Doesn’t Even Know When He’s Being Offensive (2/2)

Schultz already did a show on Rubio’s Reagan Library speech, but decided he hadn’t insulted the Senator enough, and then doubled down on the attacks and liberal hypocrisy.

Schultz spends nearly the entire segment frothing at the mouth because Rubio said we need to reform Social Security and Medicare. Apparently, to Schultz’s dense little peanut of a brain, he thinks Rubio wants to get rid of the programs entirely.

However, here’s what Rubio actually said:

And by the way, I believe in America’s retirement programs. But I recognize that these programs as they are currently structured are not sustainable for future generations. And so we must embrace public policy changes to these programs.

Now, I personally believe that you cannot make changes to these programs for the people that are currently in them right now. My mother just – well she gets mad when I say this. She is in her eighth decade of life and she is on both of these programs. I can’t ask my mom to go out and get another job. She paid into the system. But the truth is that Social Security and Medicare, as important as they are, cannot look for me how they look for her.

My generation must fully accept, the sooner the better, that if we want there to be a Social Security and a Medicare when we retire, and if we want America as we know it to continue when we retire, then we must accept and begin to make changes to those programs now, for us.

Rubio has consistently advocated for preserving Social Security and Medicare for seniors, but making reforms for people his generation and younger (he turned 40 a few months ago), even during his Senate campaign. Schultz is being deliberately and maliciously dishonest in the way he misrepresents Rubio’s position.

Schultz then throws an especially low blow by claiming that Rubio’s father –who passed away just last year – would be ashamed of Rubio. I try to keep this blog PG-13, so I can’t use the words that most accurately describe what I think about Schultz for doing this. Let’s just say “despicable, heartless bottom-feeder” is a good start.

Schultz also screeches at length because (1) Rubio dared to call him liberal, (2) is engaging in fundraising, and (3) doesn’t want to come on his silly little show. I can’t blame Rubio for not going on The Ed Show. Why would anyone want to spend any time with such an a**hat?

Oh. Look. Here’s someone who would want to hang out with Schultz: my former Congresscritter, Alan Grayson, making an appearance at the end of the show. Of course. Two peas in a deranged liberal pod, they are.

[Cross-posted at Sunshine State Sarah and The Minority Report]