Trump promotes himself and his make-believe economy at Ohio rally 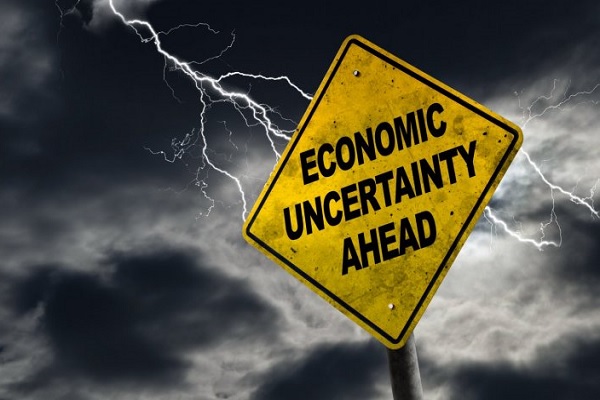 Trump attended a rally in Ohio this past weekend to talk about himself ahead of the last special election for Congress before November. The vacant seat Troy Balderson hopes to win has been held by the GOP since the 1980’s, and he’s in danger of losing it.

As is always the case when speaking to his cultish followers, Trump regurgitated a list of “look at me” talking points used since the beginning of his 2016 campaign. Trump repeated his “Fake News” spiel as he praised Trump Pravda (FOX News) while criticizing unfavorable news coverage from other media. At one point, Trump referred to networks such as MSNBC as elite, but then seized the mantle of elitism as his own, apparently unaware that elitism isn’t considered a virtuous trait for a president to possess.

“They’re more elite than me? I have better everything than they have, including this,” Trump said while pointing to his head.

After bragging about Supreme Court nominee Brett Kavanaugh, Trump used the nomination to brag about his own popularity with Democrats and the “nice things” they say about him.

“A couple of them compare me to some of the greats. They talk about Abe Lincoln, Honest Ave. I tell the people it’s wonderful that they’re saying nice things, but they’re never going to give us the vote.”

Trump also renewed his “seriously low IQ person” attack on Rep. Maxine Watters and, of course, he continued his attacks on the Mueller investigation.

But then Trump suddenly remembered why he was in Ohio, so he returned to supporting Balderson using GOP talking points about how he needed more Republicans to keep the economy going. But alas, once again the focus returned to Trump as he went off script to make a host of bloviating claims about how his administration brought us “the greatest economy in the history of our country.”

Back in Washington, Trump renewed his bogus claims about the economy in a tweet yesterday:

Great financial numbers being announced on an almost daily basis. Economy has never been better, jobs at best point in history. Fixing our terrible Trade Deals is a priority-and going very well. Immigration on Merit Based System to take care of the companies coming back to U.S.A.

Despite his claims to the contrary, Trump’s economy misses the mark when it comes to being the best ever.

In May, unemployment “dropped” to around 3.9 percent. But as I reported at the time, that number is was created using the same rigged methods used by Obama where the government simply stops counting people once they stop looking for work or drop out of the workforce. Under Trump, the labor-participation rate has continued to fall which is the reason why unemployment went down.

Additionally, hourly wages have barely kept up with inflation, rising 2.7 percent (they grew at five percent in the 1990’s), and GDP is averaging a little over two percent (we had five percent growth in the 1960’s and early 1970’s).

Clearly, Trump’s economy is not the best ever.

Trump and the GOP claim that their economic policies are working and that only by voting Republican can we keep the economy strong. Unfortunately, trade wars, excessive government spending, and made-up economic data proves that their claim is nothing but an election-year lie designed to hide the truth that Trump’s economy is no better than Obama’s.