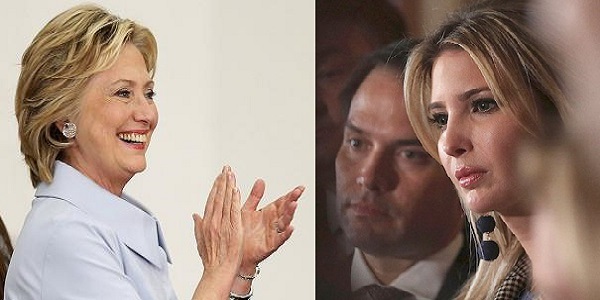 Allow me to take you on a little trip down memory lane to 2016 and Donald Trump’s presidential campaign.

Do you remember concerns about Trump’s long history as a NY liberal and his track record of supporting Hillary Clinton and other liberal politicians and their policies?

Do you remember how Trump’s daughter and presidential advisor Ivanka — who also has a history of supporting liberal Democrats — was unable to vote for daddy in the NY primary because she wasn’t a registered Republican?

Do you also remember Ivanka’s speech at the Republican National Convention, a speech that sounded like she was at the Democrat convention about to introduce Hillary?

In hindsight, it’s easy to see why there was so much concern about the Trump family’s liberal past, and how their liberalism would destroy conservative ideals; concerns that have unfortunately come to pass thanks to a new proposal created by Ivanka Trump with the help of so-called conservatives — paid family leave.

In May last year, Trump and his daughter promoted a list of new big-government entitlements that Hillary Clinton ran on during her campaign, including the expansion of Child Tax Credits and paid family Leave.

In November, Ivanka teamed up with “conservatives” Marco Rubio and Mike Lee to get parts of Hillary’s childcare and tax agenda added to the GOP’s Democrat-friendly tax reform bill, including Child Tax Credits. With her new-found favor within the ranks of Republicans, formerly known as “conservative,” Ivanka joined with Rubio once again in February this year to create a paid family leave plan financed by the already-bankrupt Social Security system — a plan Marco introduced last week.

Under Rubio’s shell-game family leave scheme, families will be paid to take weeks off work after the birth or adoption of a child in exchange for future Social Security benefits. This progressive idea is bad on so many levels.

Possible Democrat presidential nominee Kirsten Gillibrand, a liberal from NY — are you seeing a pattern here — has proposed an alternative to Rubio’s plan that will raise taxes to pay for it, an indirect acknowledgement that there’s no way to federalize paid leave without taking more money from the taxpayers.

How long will it be before Ivanka’s and Marco’s plan requires raising FICA taxes on employers and employees to survive? Unfortunately, the answer to that question most likely won’t be known until after the damage is done and they’re long gone from Washington.

Trump always intended to use his presidency as a platform to advance Ivanka’s socialist feminism agenda and he once joked about making Ivanka his VP, but she doesn’t need that title to advance Hillary’s agenda. She’s doing plenty of damage behind the scenes thanks to the support of faux conservatives like Rubio.