Believe it or not, we are only one week away from the August recess for the GOP-controlled House of Representatives. Recess . . . Washington-speak for thirty days of taxpayer-funded campaigning ahead of the November election. Besides, it’s required by law.

To be fair, the Gang Of Phonies need this undeserved time off away from a job they failed to show up for in the first place. Being away from Washington will free them up to create a new batch of election-year lies designed to convince the people back home that the GOP will really keep their promises this time if given a chance to keep their majority.

No small task, considering the political trail of tears their constituents have been forced to walk after being on the receiving end of one broken promise after another, effectively depriving the governed their constitutionally protected power over the government.

One of the lies we can expect to hear will appear to have a ring of truth to it — tax reform. Trump and the GOP will be heralding the Tax Cuts and Jobs Act (TCJA) as they repeat the talking points used when the law was passed — almost like everything they promised really happened.

They will tell us how tax cuts have provided people with extra money to spend and how this new spending is causing explosive economic growth. And they will claim that tax cuts have for corporations have resulted in the creation of thousands of new jobs with higher wages.

Unfortunately, despite Trump’s “Promises Made, Promises Kept” 2020 campaign rhetoric, these talking points are just that — talk. Simply put, the TCJA has failed to deliver as promised.

While Trump has been touting a GDP of 4% or higher, it has only managed Obama-level performance and has fallen since the tax cuts to around 2%. 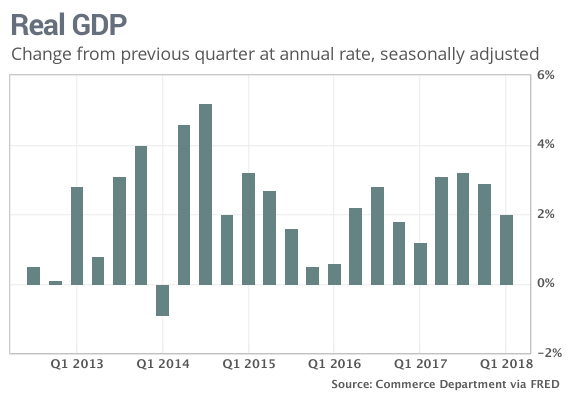 Corporations haven’t been using their tax cut windfall to create jobs. Instead, they’ve been using it to buy back their own stock at record levels. While that has kept Wall Street afloat, it hasn’t done much to create jobs.

Trump’s tax cuts are failing to deliver on the wage front as well. While Trump and the GOP promised higher wages, real hourly compensation has fallen dramatically since the TCJA became law and has done little to help workers.

As bad as this news is, it’s made worse thanks to Trump’s schizophrenic trade war. His nationalist approach to “fair trade” is creating inflationary pressure on the economy and forcing corporations to move operations outside the US — an outcome that the Federal Reserve warned in 2016 would happen under Trump’s economic policies.

The bottom line is that the Tax Cuts and Jobs Act has failed, leaving the GOP with no choice but to break out the election-year playbook and deploy the three-step strategy they have relied on for years: Make promises – Break promises – Repeat.

White House Releases Test Results After Biden's Condition Raises Questions
Townhall
'The truth has to matter': Sarah Silverman (!!!) scolds Joy Reid over the Florida State Guard story
Twitchy
With 'Yes' Votes on a Federal Vaccine Database, 80 Republicans Want to Seal Your Fate—Seal Theirs and Vote Them Out
Redstate
Joe Manchin Does It Again
PJ Media