Breaking free of the GOP Matrix 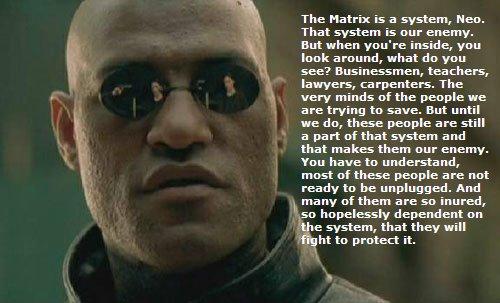 If you’re a Facebook user, you’re no doubt familiar with the “memories” feature. Users who click this link can look back at posts and other activities made on a specific date in years past. For example, on July 18th, 2018, I was able to look at activity from July 18th, 2017, July 18th, 2016, and so on.

While I often find little value in these brief trips down memory lane, yesterday’s journey reminded me of why I do what I do as the Strident Conservative.

On July 18th, 2016, the Republic National Convention kicked off its coronation of a New York liberal as its candidate for president. As a #NeverTrump conservative at the time, I had great hope that the #FreeTheDelegates effort would save the GOP from itself.

Using the movie The Matrix as an example in a piece I wrote that day, I challenged conservative delegates attending the convention to break free from the Republican Party and to rescue others trapped in the GOP Matrix.

In the movie, we learn of a world created by machines that makes slaves of the human race and uses them as fuel to feed its existence. We also learn how “agents” of the Matrix hunt down and destroy those trying to escape, but how one man, Neo, defeats the agents and sets the captives free.

Likewise, I wrote how I saw Americans as slaves to the Washington machine to be used as fuel to feed its existence. I also observed how party leadership served as the agents working to destroy conservative who were trying to escape and how only being like Neo would we have any hope of escaping the GOP Matrix.

Obviously, the Matrix was victorious two years ago. And unfortunately, the machine world of the GOP has grown even more powerful as Trump, much like agent Smith in the movie, has seized complete control of the GOP Matrix. At the same time, party leadership continues to play its role as agents bent on destroying conservatives and protecting the machine.

So, why am I happy about this trip down memory lane? Because it’s a reminder to me that the fight’s not over. And as we approach the mid-term election in November, it’s also a reminder that today is an opportunity to free another conservative from the GOP Matrix.

That’s where this Neo is. Are there any other Neo’s out there who want to join me?