Despite claims to the contrary, Trump and McConnell aren't fixing our broken judiciary 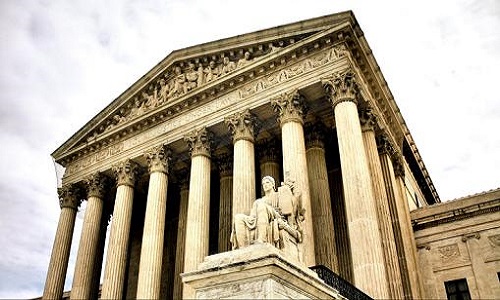 While so-called conservatives and Trump supporters—but I repeat myself—have been singing the praises of Donald Trump for nominating Brett Kavanaugh to replace Anthony Kennedy on the Supreme Court, Mitch McConnell has been busy singing his own praises for his work in reshaping the federal judiciary in Trump’s image.

Unfortunately, this self-aggrandizing by and for Trump and the GOP may serve them well in November, but it perpetuates the status quo and misses the opportunity to provide the reform necessary to save the judiciary and our republic.

Based on past opinions where he stated that sitting presidents are above the law and that the NSA can violate our Fourth Amendment rights, Kavanaugh appears to be Kennedy 2.0 and not a strict constructionist. If he is confirmed, the broken Supreme Court remains broken.

And despite making the judiciary his “top priority,” McConnell has failed—a word we use often when discussing the Senate Majority Leader—to make the changes necessary to fix the lower courts, leaving them broken as well.

With all eyes on the Kavanaugh nomination this week, Trump’s nomination of Mark Jeremy Bennett to the Ninth US Circuit Court of Appeals—one of the most overturned courts—was confirmed thanks to unanimous support from Democrats. Only 27 Republicans dissented.

Based on past opinions, Bennett’s confirmation is bad news for the Second Amendment as he believes that gun bans are constitutional. And on a side note, he supported same-sex marriage before the Obergefell decision.

Since Congress has demonstrated zero interest in judicial reform, the current practice of assigning unilateral jurisdiction of the various circuit courts to individual Supreme Court justices will continue to be employed. Based on past practices and seniority, it’s likely that Kavanaugh will be assigned to the Ninth Circuit. If that happens, we will have a non-constructionist Supreme Court justice overseeing one of the worst circuit courts and its newest non-constructionist justice, Mark Jeremy Bennett.

Following Kennedy’s retirement announcement, I wrote a piece about how McConnell would likely use the news to save his job, so I’m not surprised that the Kentucky senator has turned the judiciary into an election-year issue. I’m also not surprised that Donald Trump lied about appointing strict constructionists to the courts.

And, in the end, I won’t be surprised when liberty in America is destroyed by the time Trump and the GOP are through.