2015 NSA opinion indicates Kavanaugh is a threat to Fourth Amendment 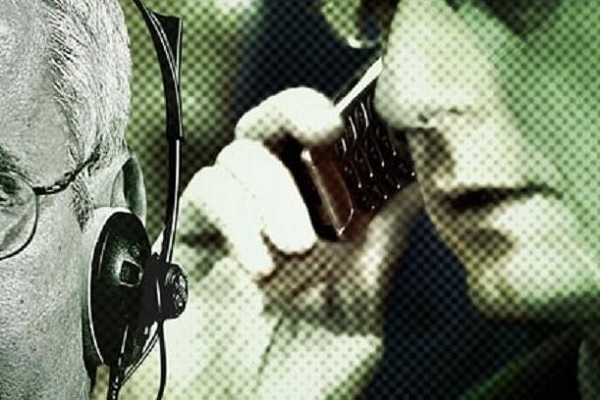 Much as it was when the Democrats passed Obamacare and the Republicans passed the Tax Cuts and Jobs Act, when it comes to what kind of Supreme Court Justice Brett Kavanaugh might be, we’re going to have to wait for the Senate to approve (pass) before we find out what we’re getting.

In the piece I wrote yesterday about the questionable motives behind Trump’s nomination of Kavanaugh, I noted how the Supreme Court nominee was enjoying the support of evangelicals and other so-called conservative groups, even though his track record on several issues created more questions than answers when it comes to a strict constructionist interpretation of the Constitution.

Thankfully, there are still established voices in Washington defending our God-given rights and they are sounding the alarm over these unanswered questions. One such voice is that of Rep. Justin Amash (R-MI).

Though a member of the House and uninvolved in the Senate Confirmation hearings, Amash sounded a cautionary warning about a past ruling by Kavanaugh and its impact on the Fourth Amendment in a case that touched on NSA unconstitutional surveillance techniques. Calling Kavanaugh a “disappointing pick,” Amash tweeted yesterday:

The part of Kavanaugh’s record causing Amash’s concern occurred in a 2015 case where Kavanaugh wrote an opinion stating NSA warrantless electronic spying was legal. In his two-page opinion, Kavanaugh expressed his belief that “The government’s collection of telephony metadata from a third-party such as a telecommunications service provider is not considered a search under the Fourth Amendment.” He further stated that even if it did constitute a search, the NSA program was constitutional because their actions weren’t “unreasonable” and, therefore, weren’t subject to the Fourth Amendment.

It should be noted that Trump has his own issues when it comes to the Fourth Amendment. Shortly after the 2016 election, Trump and then-CIA Director Mike Pompeo came up with a plan to create a private global spy network accountable only to Trump—a network that would work outside constitutional restrictions. And in January of this year, Trump re-authorized FISA702, which allows the government to conduct warrantless searches on Americans and collect massive amounts of personal data according to Amash.

Trump’s nomination of Kavanaugh was a poor choice for liberty and freedom. If Kavanaugh is confirmed, Trump’s selfish interests will be protected, and the constitutionally indifferent New York liberal will have a “rubber stamp” on the Supreme Court to help him destroy the Fourth Amendment.

But hey, at least he’s not Hillary.

BREAKING: Biden Forced to Withdraw Another Stalled Radical Nominee
Townhall
'Sir, do you even remember what my question was?' Prosecution just needs to sit back and let Jussie Smollett continue to bury himself
Twitchy
Latest Poll Numbers Spell Doom for Democrats — and Bust Some Narratives Along the Way
Redstate
The Beatles’ ‘Get Back’: The Long and Grinding Road
PJ Media