Cancelling August recess is a sign of GOP election-year desperation 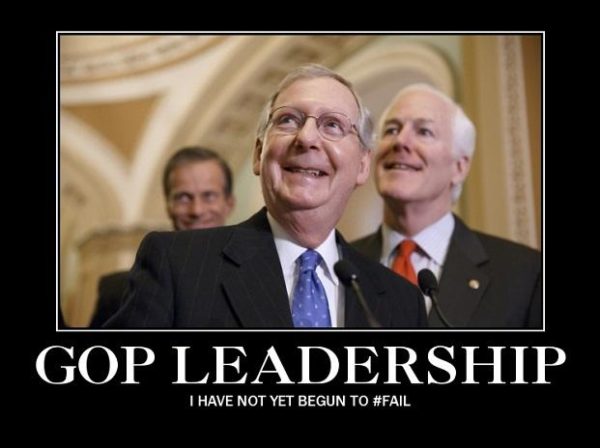 As the 2018 election draws ever closer, Mitch McConnell and his fellow GOP establishmentarians are scrambling to find ways to hide the fact that they have failed to deliver on nearly every major campaign promise made to the American people when they begged us to give them the keys to the Washington kingdom in 2016.

Other than tax cuts, Republicans have been the Party of No—no agenda, no ideas, and no morals. On some of the biggest 2016 campaign promises—repealing Obamacare, defunding Planned Parenthood and reigning in big-government spending—the GOP has not only failed, but they have advanced Obama’s goals in these areas, essentially giving him a third term.

Faced with the reality that their ineptitude has fueled an oncoming Blue Tsunami in November, Republicans have faithfully resorted to the same worn-out election-year playbook where they simply recycle the broken promises used before. At the same time, they engage in the politics of distraction by engaging in activities designed to give the impression that they’re keeping their promises, such as holding meaningless votes on important issues like abortion, term limits, and balancing the budget.

So, if you’re Mitch McConnell, what do you do when your lame attempts to preserve your position of power is failing while at the same time Trump’s tariffs and protectionist trade policies are dragging the party down? You find another way to distract the voters.

Yesterday, McConnell announced that he has decided to cancel the upcoming August recess, forcing the Senate to work at a time when they’re usually campaigning. I find the use of the word “recess” rather ironic because it implies that the Senate was working in the first place, which clearly it wasn’t.

My statement on cancelling the August recess: pic.twitter.com/yyAEUSMVQW

Irony aside, this is simply another version of the politics of distraction where Mickey & Co. can stand before the American people and claim that they are working to keep their word. A joke, really, because if the Senate hasn’t done the job they were supposed to do from November 2016 until now, they certainly aren’t going to get it done over a few weeks in August.

McConnell’s decision gives him two additional benefits, although they simply prove how much trouble the GOP is in. Since Republicans can’t win based on their accomplishments, cancelling the August recess gives McConnell an opportunity to blame Democrats for his feckless leadership. He can also keep Democrats from going on the campaign trail to point out to voters how Republicans haven’t accomplished anything over the past two years.

BTW, Cornyn told reporters earlier today that they know cancelling August recess will put #2018 Ds in a pinch: "I think now they’re desperate because now they realize they’re more exposed politically because they’ve got so many people up running for re-election in red states"

According to Senate Majority Whip John Cornyn, Democrat objections to the recess cancellation is a sign of their desperation, but it looks to me like Republicans are the desperate ones.