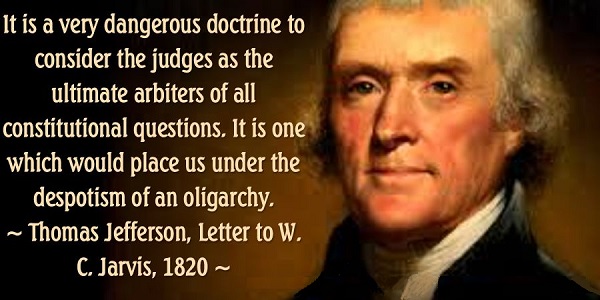 Yesterday, in a narrow 7-2 decision, the Supreme Court ruled in favor of Jack Phillips, a Christian baker who refused to bake a custom wedding cake for a homosexual couple based on the grounds that doing so would violate his religious liberty.

While it’s true that Mr. Phillips was the victor in a lopsided vote total, the root issue concerning his case—freedom of religion—was left unanswered. The court’s decision wasn’t so much pro-First Amendment as it was anti-Colorado Civil Right Commission, which is why it’s being called a narrow decision.

Writing for the majority, Anthony Kennedy—the Justice responsible for Constitutionalizing same-sex marriage—confirmed this fact when he noted that the case created a “difficult situation” when it comes to how the LGBT agenda impacts religious liberty and how he believes that the issue “must await further elaboration” in the courts.

While people like Franklin Graham—a so-called evangelical who winks at Trump’s indiscretions because he was chosen by God’s hand”—proclaim that the Masterpiece Cakeshop decision was a “huge win for religious freedom” and serves as proof that God answers prayer, the reality is that religious liberty is no safer now than it was before this ruling.

In his analysis of the Supreme Court ruling, Daniel Horowitz, Sr. Editor at Conservative Review and an expert on judicial matters, points out how yesterday’s decision falls short of protecting religious liberty because the Court never addressed whether the state or federal government has the power to make laws forcing individuals to violate their consciences.

Folks, this opinion is insanely narrow and the fight against religious liberty and the codification of rainbow jihad as the religion of the land has only begun. We need legislation pushing back. Yes, it could have been worse, but this is hardly reason to celebrate.

It's very clear at least 5 justices believe a state can order you to violate your conscience with your own private business in most cases. Yet, a state can't limit early voting or require photo id at the polls.

Meanwhile, the ACLU—who represented the plaintiffs in the case—was pleased with the Court’s decision, saying that it was “based on concerns unique to the [Masterpiece Cakeshop] case but that it reaffirmed its long-standing rule that states can prevent the harms of discrimination in the marketplace, including against LGBT people.”

Translation? According to the ACLU, the Court affirmed the right for states to pass laws forcing businesses to serve anyone, anytime, anyplace for any reason; First Amendment be damned.

By the way, isn’t it a pretty good indication that this ruling failed to protect religious liberty when the lawyers representing the plaintiffs agreed with it?

In the end, this case is just another example of how we have become a post-constitutional America where judicial tyranny has replaced the checks and balances provided by three separate but equal branches of government. While Masterpiece Cakeshop won this case, the ruling could have just as easily gone the other way with a different set of judges hearing the same evidence.

Liberty isn’t supposed to be subject to the whims of special interests where political parties are pulling the strings, but that’s what we witnessed yesterday. Judicial tyranny will increase so long as so-called conservatives continue to rely on the Supreme Court to protect our Constitutional rights instead of fighting for the America created by our Founding Fathers.

George Orwell's 1984 May Be Getting a Feminist Spin-Off, Flying In the Face of Orwell's Message
Brandon Morse