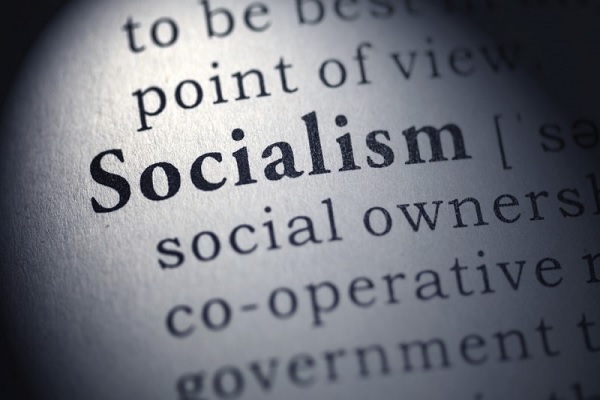 Early last month, I wrote an article warning my readers that, based on the current political climate, we could be on the verge of witnessing the rise of the United Socialist States of America. In that article, I documented how the Democrat party’s embrace of Marxist ideology was fueling the rise of Democratic Socialism, particularly where capitalism and the free market are concerned.

I also shared how a majority of millennials favored the idea of completely rejecting capitalism and replacing it with the economic policies of murderous communist dictators like Karl Marx, Joseph Stalin, and Chairman Mao. No surprise, really, in light of the fact that today’s public schools have become indoctrination centers where the Bible and the Constitution have been banned only to be replaced by the politically correct agenda of social justice warriors passing as teachers.

Obviously, those who bear the moniker of Democratic-Socialist are easy to target as being the greatest threat to liberty when it comes to advancing socialist policies. But as I stated in the USSA article, the GOP has abandoned the Constitution and conservatism, so they can’t be counted on to protect America either.

Unfortunately, the advance of socialism has reached its way into the faux conservative remnant of the GOP and is now being promoted as a conservative value.

In an article from NewsMax.com, Lee Mercer, the president of Healthcare for All Oregon-Action, is making an appeal to Donald Trump to make the “conservative case for single payer healthcare.” While Mercer is more on the Democratic-Socialist side of the aisle, he quotes “conservatives” from Canada and the US to Trump to make his case.

Using the recently released healthcare documentary “Fix it: Healthcare at the Tipping Point” as a reference, Mercer quotes Dann Konkin, President of AMPCO Manufacturers in British Columbia, who gave his views on business and healthcare.

“I am a member of the Conservative Party of Canada. We stand for removing waste, being more efficient and finding ways to grow our own businesses and one of the ways we can grow our business is to reduce cost. That is why we embrace the Canadian healthcare system. What I don’t understand is why my fellow conservatives in the United States tend to fight this.”

And from the US, Mercer quotes former GOP Rep. David Steil (PA):

“Business when they look at the single payer model, will come quickly to the conclusion that it is the least expensive and most supportive of a free market and will have the most direct effect on their cost of operations. As a business owner and as a former Republican legislator I have said conservatives should be supportive of single payer because it costs less.”

So, according to these so-called conservatives, socialized medicine is a free-market solution to the healthcare crisis . . . and it’s conservative.

Democratic Socialism has brought America to the brink of becoming the United Socialist States of America, but it looks like Conservative Socialism will finish the job.