Memorial Day - Remembering those who gave their lives for freedom 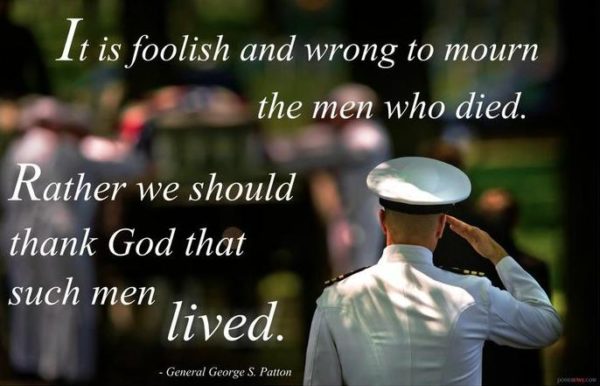 While it’s always appropriate to show honor and appreciation to members of the military, I want to provide this reminder to my readers: today is not Veteran’s Day. It is the one day each year that we come together in reverence to commemorate the Honored Dead. We commiserate with the Gold Star families, old and new, who have paid the ultimate price to ensure that the United States of America will endure.

As Americans, it’s important to acknowledge the sacrifices of the men and women in uniform that died to defend her. Civil society only survives in a world of violence and tyranny if there are those willing to do violence on our behalf.

In his 1982 Memorial Day speech at Arlington National Cemetery, President Ronald Reagan reminds us of the ultimate cost of freedom:

“Yet, we must try to honor them—not for their sakes alone, but for our own. And if words cannot repay the debt we owe these men, surely with our actions we must strive to keep faith with them and with the vision that led them to battle and to final sacrifice.

Our first obligation to them and ourselves is plain enough: The United States and the freedom for which it stands, the freedom for which they died, must endure and prosper. Their lives remind us that freedom is not bought cheaply. It has a cost; it imposes a burden. And just as they whom we commemorate were willing to sacrifice, so too must we—in a less final, less heroic way—be willing to give of ourselves.”

Scripture tells us in John 15:13 (New Living Translation), “There is no greater love than to lay down one’s life for one’s friends.” While Memorial Day is considered the official kick-off of summer, I hope you’ll take a moment to remember those who paid the ultimate sacrifice by giving their lives to protect and defend our liberty. Freedom only exists in America because of them.