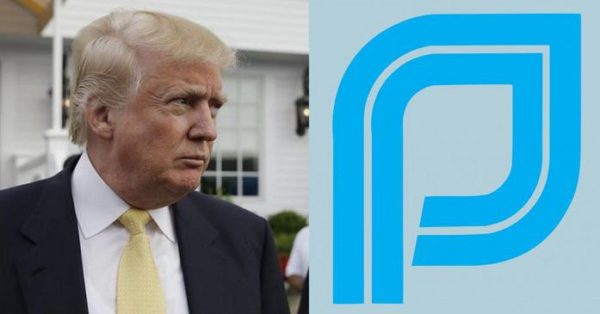 Last week, Donald Trump, the self-absorbed occupant of the White House who routinely rails against news outlets that print unfavorable news stories and refers to them as “Fake News,” engaged in a bit of his own version of fake news with his announcement that he would be defunding Planned Parenthood.

If the proposal is accepted—an unknown outcome since Trump provided no details on what it would look like—it will model a regulation first implemented by Ronald Reagan and modified over the years.

Promises made, promises kept. Planned Parenthood is a an abortion conglomerate—wrapped up as a “women’s healthcare” enterprise. Thank you, @realDonaldTrump! https://t.co/NNLxfxxuo3

Despite claims by Ingraham—one of the many members of the so-called conservative media on the Trump Train—this is a fake news story because it doesn’t defund Planned Parenthood, a fact confirmed by a White House official on the day of the announcement.

“This proposal does not necessarily defund Planned Parenthood, as long as they’re willing to disentangle taxpayer funds from abortion as a method of family planning, which is required by the Title X law.”

Under the proposal, as long as Planned Parenthood uses taxpayer money to pay for what “candidate Trump once called the “good work” they do and not for the “relatively small part of the business” known as abortion, the largest provider of baby-killing services in America will continue receiving every penny of Title X funds they want.

Even if successful, Trump’s proposal is nothing more that a restatement of existing law. It’s been illegal for Planned Parenthood to use taxpayer money to pay for abortions ever since the Hyde Amendment was passed in 1976, even though Planned Parenthood still receives federal funds that have now reached over half-a-billion dollars a year.

How is this possible? It’s because money is fungible.

By providing Planned Parenthood with taxpayer money, other funds are freed up to bankroll the murder of over 321,000 unborn babies a year. To put it another way, Planned Parenthood is able to make nearly all of its non-government revenue from killing babies because taxpayers are paying for everything else.

Of course, with 2018 being an election year and the GOP in serious danger of being wiped out by a Blue Tsunami come November, Trump’s fake news announcement fits right in with the rest of the GOP’s election-year game plan where recycled campaign promises are used to cover a track record of ineptitude and cowardice.

Much like the House “show votes” earlier this year regarding term limits and late-term abortions, this proposal by the man evangelicals are calling “the most pro-life president in history” is simply the latest effort by Trump and the GOP to get conservatives to the polls to vote Republican in November while doing absolutely nothing to defund Planned Parenthood.

How Did This Ever Get Published? NYT Video Takes a Blowtorch to Blue States
Townhall
After releasing oil from the SPR to lower energy prices, the Biden administration moves to increase energy prices
Twitchy
Joe Biden Moves to Completely Screw You at the Pump
Redstate
Whose Land Did Native Americans Steal Before Europeans Stole It From Them?
PJ Media