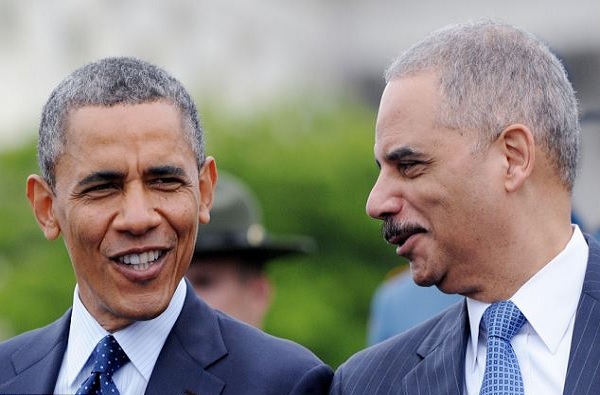 As pundits debate the odds of a Blue Tsunami hitting Washington in November, giving Democrats control of part, if not all of Congress, growing voter dissatisfaction with Trump and the GOP has inarguably resulted in a dramatic shift in favor of the Democrats at the state level.

This is a troubling trend as we continue to witness the steady erosion of our Constitutionally protected, God-given rights at the state level. We need look no further than the growing anti-gun hysteria sweeping the nation which has led to laws being passed that give government the power to seize guns from individuals without due process. No warrant. No arrest. No charges.

While Democrats obviously want to win Washington in November, they have a Plan B designed to reshape the political landscape beyond 2018, and it’s been in the works ever since Barack Obama’s last day in office.

As I wrote in a piece last summer, Obama has teamed up with a possible 2020 Democrat candidate for President and former US Attorney General Eric Holder to create the National Democratic Redistricting Committee. This grass-roots organization is working to elect enough Democrats at the state and local levels over the next few years to put the party in control ahead of Congressional redistricting which will take place after the 2020 census.

As we recently witnessed in Pennsylvania following a state Supreme Court ruling, activist judges have embraced the Democrat agenda and are playing a major role in how Congressional districts are drawn. And as a result, Democrats are the beneficiaries. Obviously, this plan should not be taken lightly as it begins to pick up steam.

Case in point. Sen. Elizabeth Warren announced yesterday that she is donating $175,000 to Democrats running for state legislative seats. While such donations aren’t uncommon, Warren also committed to donate to groups fighting for “fair redistricting,” and she specifically cited Holder’s work in this area.

In the Age of Trump where Republicans are now Trumplicans, and Trump’s followers are focused more on his tweets attacking “Fake News” than they are his policies, efforts by Democrats to change the political landscape are dismissed as the sour grapes of losers who don’t know how to win.

Such thinking is wrong, of course, because Obama, Holder and Warren are right on track. Unfortunately, Trumplicans and Trump supporters won’t realize it until it’s too late.