Even though GOP held Arizona House seat, they still lost 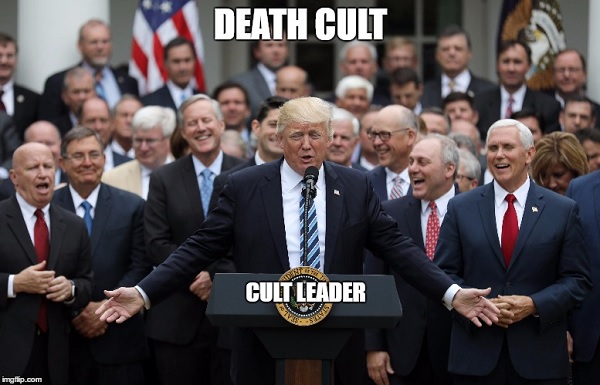 Ever since the November 2016 election, we have witnessed several special elections across America to fill vacancies—planned and unplanned—at the state and federal levels of government.

Beginning with the special election in Kansas early last year to fill the House seat vacated when Mike Pompeo went to work for Donald Trump—and continuing through a number of special and regular elections—the signs have been everywhere that Republicrats and Trumplicans are facing extinction in November as Washington is engulfed by a Blue Tsunami.

While there have been both victories and defeats for the GOP at the federal level, Ben Shapiro pointed out in March after the PA election where Dem. Connor Lamb beat Rep. Rick Siccone how the electorate is clearly moving in a Democrat direction and how it is most likely tied to Trump’s unpopularity.

Worth noting: all the normal factors should be cutting in GOP favor, outside of being the party in power. The economy is good, and we have no serious foreign crises. Which says that the popularity of the president is a serious factor in Democratic turnout.

Tuesday’s special election in AZ proved once again how the Democrats could be in control of the House and possibly the Senate in November. Though the GOP managed to keep the seat representing AZ’s 8th District, it was only by a 5-point margin in a district Trump won by 21 points in 2016—a district so “red” the Democrats didn’t bother to field a candidate in 2016.

In defense of the narrow victory by Republican Debbie Lesko, White House Press Secretary Sarah Huckabee-Sanders told reporters that the reason it was so close is because Lesko isn’t as great as Donald Trump, saying, “No offense to this candidate, (but) she’s no Donald Trump.” An ironic statement when you consider that Lesko got more votes than her opponent, unlike Trump against Hillary.

On the state level, Democrats managed to flip a seat on Tuesday in the NY Assembly when Democrat Steve Stern beat Republican Janet Smitelli in a district that had been held by Republicans since 1978.

With all precincts reporting, Steve Stern (D) has bested Janet Smitelli (R) for a Suffolk County #nyassembly seat. Has been in GOP hands since 1978.

This continues a very troubling trend where Democrats are dominating state races since Trump became president. This newfound power at the state level could pave the way for unbeatable Democrat majorities when redistricting takes place following the 2020 census.

According to Dave Wasserman, a House elections analyst for Cook Political Report, there are 147 GOP-held House seats in districts that are less Republican than AZ’s 8th District.

There are 147 GOP-held House seats less Republican than #AZ08. It's time to start rethinking how many of those are truly safe in November.

With Democrats only needing to over-perform by an average of 4 percent in November to retake the House, it could be that GOP concerns over who will replace Paul Ryan as Speaker becomes the ultimate exercise in futility.

If Republicans aren’t the majority, a Republican will not be the next Speaker of the House.