The Founding Fathers warned us about Neil Gorsuch and judicial tyranny 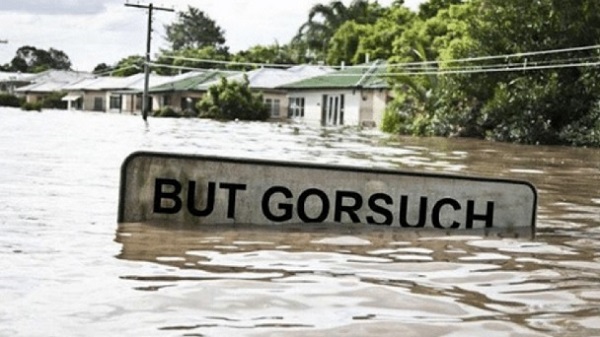 When Donald Trump nominated Neil Gorsuch to fill the Supreme Court vacancy created when Antonin Scalia passed away, he told America that the nomination was the fulfillment of his campaign promise to nominate “the very best judge in the country”—a judge who “respects our laws and is a representative of our Constitution.”

In an article I wrote at the time, I shared how the former Tenth Circuit Court of Appeals judge enjoyed the support of many on the right as well as the left, and how he was considered the second coming of Scalia.

I also expressed my personal concerns about how Gorsuch might actually be more in the mold of the Justice he once worked for, Anthony Kennedy, a person Gorsuch credits as a major influence in his understanding of the law. From abortion to the Second Amendment, there were too many gray areas in Gorsuch’s past for me to trust that he would help return the court to its proper role under the Constitution.

Yesterday, those concerns were somewhat validated when Gorsuch sided with the four progressive justices on the court and overturned a law that allowed for the deportation of immigrants convicted of violent crimes.

While there are some who support Gorsuch’s decision as the epitome of Scalia-inspired justice, Daniel Horowitz of Conservative Review not only disagrees, but in a podcast we featured last October, he warned that Gorsuch would rule this way based on his history with immigration issues.

When we witness Gorsuch made this ruling consistent with his judicial history, shouldn’t we also be concerned on issues like abortion, religious freedom, and the Second Amendment based on that same history?

The un-answerability of this question is further evidence of how the Constitutional design for the courts envisioned by the Founding Fathers no longer exists. Instead of justice, we get judicial activism based on aggressive interpretations of the law from judges who believe in an “organic Constitution” that evolves and changes over time.

THE SECOND AMENDMENT WILL NEVER BE REPEALED! As much as Democrats would like to see this happen, and despite the words yesterday of former Supreme Court Justice Stevens, NO WAY. We need more Republicans in 2018 and must ALWAYS hold the Supreme Court!

When Trump recently tweeted about how we need more Republicans to “hold the Supreme Court,” he confirmed the words of James Madison when he warned about tyrannical government:

“The accumulation of all powers, legislative, executive, and judiciary, in the same hands, whether of one, a few, or many, and whether hereditary, self-appointed, or elective, may justly be pronounced the very definition of tyranny.”

The salvation of America doesn’t rest with the courts or any political party. It rests with the people, and we must fight for our rights or risk losing them forever. Some of the projects I endorse for the fight are Convention of States and Daniel Horowitz’s Citizens’ Task Forces. Check ‘em out!

Pres. Trump "Names Names" In His Speech at CPAC -- Putting Primary Targets on the Backs of GOP Members Who Voted To Impeach
Shipwreckedcrew