The day after tomorrow, Sunday, May 14th, is Mother’s Day, a day we set aside each year to honor Mom for being, as the founder of Mother’s Day, Anna Jarvis, believed, “the person who has done more for (us) than anyone in the world.” We will be honoring Dad on Father’s Day next month.

In a recent piece published by the Journal of Pediatrics, we learned in a new study that referring to breast-feeding as “natural” is “ethically inappropriate” because it “couples nature with motherhood” and that it “may inadvertently endorse a set of values about family life and gender roles.”

So, let me get this straight (am I still allowed to use that word?). It’s natural for a person born with a penis and testicles to call himself a woman, but the biological function of breastfeeding is unnatural. Got it!

An elementary school in British Columbia has elected to ban any celebration of Mother’s or Father’s Day, even going so far as to prevent children from making gifts in art class to take home to their parents. According to school administrators, this action was taken to “celebrate diversity, inclusivity, and also nurture our students who are part of non-traditional families.” (Note originally posted on Facebook has been removed) 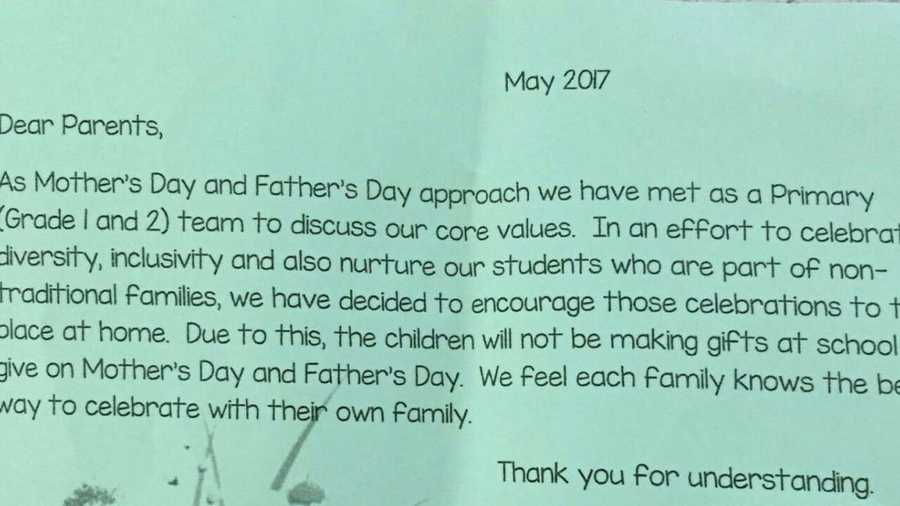 Besides the irony of using the word “celebrate” to explain how they are preventing others from celebrating, nothing says “inclusivity” in the world of LGBT radicalism like banning the beliefs of every single, solitary person who disagrees with you.

This government-level assault on the traditional family has been gaining serious momentum in Canada. It was a few months ago that we learned about a pro-LGBT law passed in Ontario known as the All Families Are Equal Act. This new law redefines the traditional family by eliminating the words “mother” and “father,” and replaces them with the word “parent.” In an analysis of the measure known as Bill 28, Dr. Scott Masson, a professor at Tyndale University College and Seminary had this to say about the bill (emphasis mine):