Will the media EVER get the Catholic vote thing right?

They would have a hard time keeping up with today’s parishes! 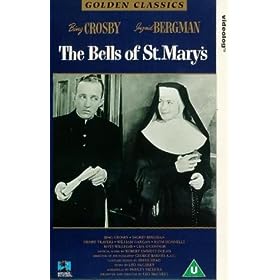 The MSM, clueless as ever to the realities of social change in America, is recycling a lot of nonsense about the poor urban ethnic Catholic working-class voter, and how these Catholics are troubled by an Obama candidacy. This image of the Catholic voter is a myth, a holdover from days long gone by, and the sooner it is junked the better for the cause of common sense in political discourse.

For one thing, the typical Catholic voter is not poor, urban or working class. Of course, some Catholics are all these things, but the affluence, post-industrialization and suburbanization of America since 1945 have affected Catholics just like everyone else. Indeed, as Rev Andrew Greeley (an astute sociological observer of the Catholic scene, when he is not spewing BDS-inspired drivel about politics), Irish Catholics are the most affluent Gentile group in America these days, and the other Catholic ethnicities are not far behind.

Catholic voters have emerged as one of the most significant swing voting blocs. And as they go, electoral victories tend to follow – as the Reagan, Clinton and GWB campaigns could tell you.

Many of Obama’s most fervent supporers are affluent and highly educated Catholics who have experienced the full blessings of success in America. Some are stinking rich! And many of Obama’s energized opponents are the same. (Trust me, Ivy-educated writers like Michael Barone are not attracted to the conservative cause out of medieval superstition.)

So it really is time for the MSM to put a sock in it when they condescendingly describe the plight of the dispossessed Catholic voter. This is ridiculous dribble. But it does illustrate how anti-Catholicism remains the only fashionable prejudice in America today. If we ever needed a discrete example, all those remarks marveling how “a Catholic working class boy like Timmy Russert could make it” should suffice.