Poland and US Ink Missile Deal 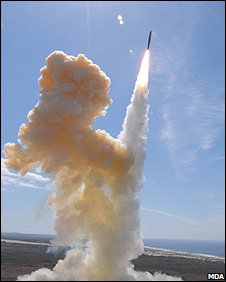 The US and Poland have reached agreement today on the installation of missile interceptors on Polish territory. Interestingly, the Polish Prime Minister, Donald Tusk, announced the deal on national television.

The two countries had been negotiating a deal for quite some time. The US views the system as primarily a defense against missile threats from rogue states such as Iran. The Poles have, obviously, other concerns and negotiated successfully to get US assistance in modernizing their military and and a detachment of US servicemen to shore up their air defenses.

Now I wonder what can possibly have happened to push this deal through after months of haggling over details?