Can we Trust a Blue Dog? Do We Have to?

Crossposted at The Rockefeller Republican

Democratic Reps. Jim Matheson of Utah and Gabrielle Giffords of Arizona have joined a quiet revolt in the House that could slow some of President Obama’s fast-moving priorities.

The two are among 49 Democrats from congressional districts that backed Republican Sen. John McCain ‘s 2008 presidential race and whose support for the Democratic majority’s progressive agenda is increasingly not assured.

A dozen of them were among 20 House Democrats who voted against the $410 billion discretionary fiscal 2009 spending package (HR 1105) on Feb. 25. Another group later forced House leaders to sideline a contentious bill (HR 1106) to allow bankruptcy judges to modify home loans. – By Alan K. Ota, CQ

Is a conservative’s best hope in this new congress actually a Democrat? The recent reemergence of a vocal Blue Dog delegation may just be our best hope of reigning in some of Obama’s and Pelosi’s more grandiose spending plans. Democrats who identify with the Blue Dogs tend to be closer to fiscal conservatives. Many Blue Dogs are strong supporters of gun rights and receive high ratings from the NRA, some have anti-abortion voting records, and some get high ratings from immigration reduction groups. But is this enough? Has it really come to this?

According to The Hill, leaders of the centrist Democratic coalition have expanded their membership up to 56 members. The upward pressure is a result of the Democrat’s success in recruiting conservative Democrats to run in Republican districts. Now many of those conservative members are challenging the extreme left of their party over big spending plans such as the stimulus and the current Omnibus-spending bill. Those who are up for re-election in 2010 may need to vote against the current budget because of voter anger that seems directed at Congress rather than the President.

While normally conservatives would flock to the Republican Party to further their cause, it may actually behoove them to work with some congressional members from the other side for now. The unfortunate reality for the congressional Republicans is that they are virtually powerless to stop legislation. However, the Blue Dogs can exert some pressure on their own party and Pelosi and Obama have to placate them to some degree, if they want them to hold on to those seats.

While conservatives will certainly not agree with everything a Blue Dog Democrat stands for, we can agree on one key issue: fiscal discipline. Blue Dogs have been a thorn in the side of House leadership for their repeated calls to adhere to pay-as-you-go budgetary rules. Even though they have had to give in on occasion, Blue Dogs have commanded attention from Speaker Pelosi. Let’s hope that they continue to feel pressure from their conservative-leaning districts giving them impetus to push Obama more to the center. 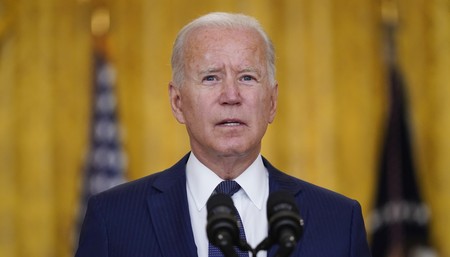