PITTSBURGH — James Harrison plans to pass on another trip to the White House with the Pittsburgh Steelers.

Harrison, the NFL Defensive Player of the Year, says he’ll skip the Super Bowl champion’s visit to the White House to meet President Barack Obama on Thursday, just as he did when the Steelers were honored by President George W. Bush in June 2006.

“I don’t feel the need to go, actually,” Harrison told Pittsburgh station WTAE-TV. “I don’t feel like it’s that big a deal to me.” 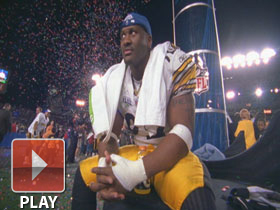 Highlights of the best moments from James Harrison in 2008.

Harrison doesn’t believe the invitation is all that special, saying if the Steelers hadn’t beaten the Cardinals 27-23 with a last-minute rally, “He [Obama] would have invited Arizona.”

The Steelers had no comment Monday about Harrison’s comments. Steelers chairman Dan Rooney was an early supporter of Obama’s and has been nominated by him to be the U.S. ambassador to Ireland.

Harrison is known for being an individualist whose on-field sullenness sometimes extends off the field as well.

Harrison, a backup at the time, and quarterback Tommy Maddox were among a handful of players who skipped the traditional White House visit by the Super Bowl champions in 2006. Maddox apparently was unhappy at being released after the season ended, although several other players who also weren’t with the Steelers any longer attended.

Former Steelers linebacker Joey Porter created a stir before that White House visit by saying he intended to tell Bush he didn’t like how the country was being run. Porter chose not to make those comments, but he wore dark sunglasses throughout the ceremony.

'Beyond Parody': What Happens When BLM and Greenpeace Team Up? 'Fossil Fuel Racism'
Mike Miller