About That Targeted Cruz GOTV Mailer

The Ted Cruz presidential campaign sent out a targeted mailer this week in Iowa informing voters of their public voting record, and controversially, that of their neighbors. The mailer was designed to increase voter turnout at the Iowa caucuses February 1.

The story was first reported by Sarah Rumpf at IJ Review.

The Cruz “You haven’t voted, and your neighbors will know” mailer is based on academic campaign research showing this stuff works. 1/

“It works,” meaning that people who learn that their neighbors will know they don’t vote can be as much as 10% more likely to vote than others. A demonstration by Michigan political consultant Mark Grebner showed that voter turnout could be increased if people thought their neighbors would find out they didn’t vote.

A key experiment took place in Michigan during the 2006 gubernatorial primary, in which a group of potential voters were mailed copies of their own voting histories that listed the elections they had voted in and those they had missed. Along with their own histories were the voting histories of their neighbors and a notice that after the election they and their neighbors would receive updated histories. The resulting increase in turnout among the target group was 10 times the impact of traditional pre-election mailings.

Afterward it was decided that the specific method used in the 2006 Michigan experiment was too intimidating. It was toned down for an experiment a few years later in New Jersey where instead of including a list with the voting records of their neighbors in the mailing, only the personal voting history of the individual voter was included, while still making it clear that the voter was being monitored and their history would be updated after the election. A note saying: “We hope to be able to thank you in the future for being the kind of citizen who makes our democracy work” was included.

Though the boost to turnout resulting from use of this method was less spectacular than had been the case with the one used in Michigan, it still increased turnout among the target group by 2.5 percent.

So a gentler message with this approach is not as effective in getting people to vote, but doesn’t generate as much negative sentiment.

The Cruz mailer is designed to *increase* turnout for people Cruz thinks are likely to vote for him: rarely voting conservatives. 2/

Research shows that voting is a cultural issue. We vote because we expect everyone to vote. We don’t want others to know we don’t. 3/

The research also shows that people don’t like being guilted into voting. Some will be even more turned off, and never vote again. 4/

In particular, when voter information is presented in a heavy-handed way, the negative reaction can be quite strong. Whoever designed the Cruz mailer didn’t seem to care about negative feedback, a hallmark of spammers.

Like all spam, the Cruz mailer motive is to get a positive response from a small percentage, and not care about the negative responses. 5/

That said, this may be the only way to reach some voters, and the ones who react negatively might not be reachable at all.

The mailer is designed to get more people to vote. Some people will only respond to this. Is saving America worth a negative response? 6/6

In the era of social media flash mobs, with so many campaigns actively contacting voters, and in Iowa of all places in presidential primary week, using voter shaming in a heavy-handed way was bound to generate blowback. Whether the voter turnout gains are enough to balance that out remains to be seen.

Via The Weekly Standard:

Asked Saturday evening by THE WEEKLY STANDARD for his reaction to Pate’s rebuke, Cruz defended the mailer. “Matt Schultz is a former secretary of state, he’s the chairman of our campaign, [he] put out a statement saying these mailers are routine,” Cruz said. “The Iowa Republican party has done so in the past in past elections. And I will apologize to nobody for using every tool we can to encourage Iowa voters to come out and vote.” 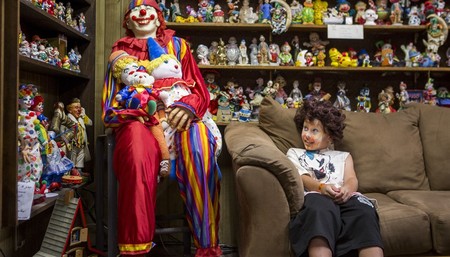