Conservatives in the Arkansas legislature held firm against funding what the statists in Arkansas are calling a “private option” for Medicaid expansion under Obamacare. It’s really just a different way to expand socialized medicine. The legislature should not fund this boondoggle.

Arkansas has a Democrat governor and Republican legislature.

Arkansas DHS spokesperson Amy Weber told me Friday, “It really lies in the hands of our legislature. Both our state House and state Senate have passed the enabling legislation for what’s being called the “private option” here in Arkansas, which is to take the expansion population and putting them in the private insurance exchange.

“But in Arkansas.” continued Weber, “there is a second vote that’s needed, which is actually the Medicaid appropriation that needs approval so that we have the spending authority to pursue the private option.”

“The enabling legislation required 51% of the vote, but the 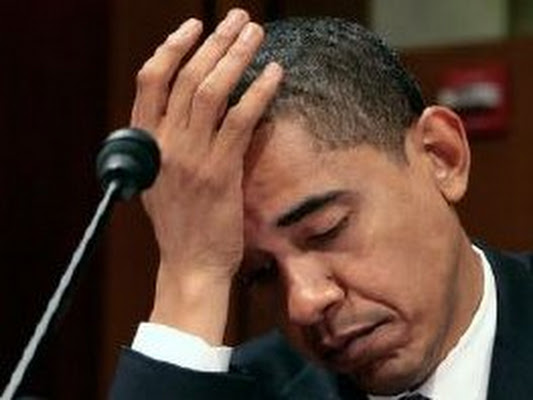 appropriation requires 75%.“ In the state Senate, which passed the enabling legislation 24 to 9, that means getting to 27 votes, and 75 in the House. Monday’s vote got only 69 House votes, 6 shy.

It’s unclear whether another vote will take place.

“Politically, it may be tough to reach,” Webb said, “but we’re hopeful. Arkansas really kind of found a unique way to make it something that both Democrats and Republicans feel like is a really good approach and the best thing for Arkansas.”

The Supreme Court said states could not be forced to choose between expanding Medicaid (bad insurance for the poor) and losing the Medicaid program subsidies entirely. Medicaid covers people who make up to the Federal Poverty Line (FPL). Obamacare envisions states expanding that to 138% of FPL, a creeping expansion of the entitlement state.

So Arkansas Governor Mike Beebe in February suggested that Arkansas instead be allowed to cover the expansion population (100 to 138% of FPL) on the state’s Obamacare exchange, using the Medicaid expansion money to pay private insurance premiums for the not-quite-poor.

As an April 11 release from the Arkansas state Senate put it:

“When the 2013 legislative began, the governor initially proposed to expand the Arkansas Medicaid program through the same formula many other states have followed – by adding more people to the list of government Medicaid rolls.

In this case, they would be working adults whose yearly incomes are less than 138 percent of the federal poverty level. The governor’s proposal would have set Arkansas against the trend of other Southern states, many of which have indicated they will reject Medicaid expansion. However, the Arkansas Senate chose a different approach. Rather than simply expand the Medicaid program, the Arkansas Senate voted to use federal funds to pay for private health insurance for low-income families.

With this method, the Arkansas Medicaid program will shrink because SB 1020 will transfer low-income families and others covered by government Medicaid to a private insurance carrier. This proposal was developed by Arkansas senators who insisted on an option that would cost the state less than it would have if they had just let the federal Affordable Care Act take effect without legislative action.

(d)(1) The Department of Human Services is specifically authorized to pay premiums and supplemental cost-sharing subsidies directly to the Qualified Health Plans for enrolled eligible individuals. (2) The intent of the payments under subdivision (d)(1) of this section is to increase participation and competition in the health insurance market, intensify price pressures, and reduce costs for both publicly and privately funded health care.

The state claims that adding the Medicaid expansion population to the private insurance market (with federal money) will drive down insurance prices, because providers (hospitals, clinics, doctors) won’t have to charge everyone else more to pay for free care for them.

But doctors are going out of business paying malpractice insurance while paying staff to wade through the massive bureaucracy and the regulations of the expanding federal Obamacare leviathan. The pressure on their bottom line just to survive will not allow them to lower prices.

In addition, Arkansas has a shortage of doctors and is actively working to raise physician pay.

Hospitals are usually not price-sensitive, being local monopolies. If there is a way to make them less price-sensitive, it’s to provide people with free insurance, since those people will no longer be at all concerned, if they were before, what the services of the hospital cost.

You don’t lower prices in a market with a massive new government subsidy.

Like all other expansions of Medicaid, this one will be funded by federal deficit spending. Arkansas legislators will have to own the vote to spend their grandchildren’s money.