It's Time to Focus on Getting Out The Vote in 2012

Throughout the 2010 cycle we heard that “candidates matter” and that this one or that one was a “great candidate” or a “weak candidate”. A fuzzy distinction was drawn between the “electability” of certain candidates and their positions on issues.

But any candidate is electable. To say that a candidate is unelectable is to admit the inability of the party to perform its one function: getting out the vote.

I say GOTV is the party’s sole function, and I see a raised eyebrow in the front row.  “But isn’t a party more than that? And why are you telling us this now, after the election?”

All of that takes time, and we have just enough to be ready for 2012 — if we begin now.

To get out the voters, we need to know who they are.  It is vital not to waste precious time over election weekend in the counterproductive effort of asking Democrats to vote on Tuesday.  And contrarily we don’t want to leave any voter uncontacted who would vote our way if they were only reminded.

It may take several contacts to establish rapport.  Lists have to be maintained, signs posted and web sites updated, electronic messages and postal mailings completed, and neighborhoods walked.  A mood must be set, and the thrill of a peer group with a mission created: it’s election season.

All of the above is old hat, majorly boring stuff to the professional politicians, and until the last year it was the furthest thing from my mind.

Reestablishing and Preserving the Republic For Which We Stand

A party is also a group united behind a shared set of beliefs, as summarized by a platform. But why do we have a platform, if it is not to signal voters how our candidates will perform in office?  And if our message is to voters, the only possible reason to send them that message is to get them to vote for us.

There is no cynicism implied in saying that the platform is all about GOTV.  The platform is the link between our shared belief and goals, and holding our people to it is the only guarantee that we will not in fact become a bunch of cynical head counters.

There is another purpose for a party, and that is achieving common purposes among those already elected in how they amass and wield political power.  But much of their effort goes to getting reelected, which places that effort under the rubric of GOTV. The common purpose is, or should be, executing the party platform.

To those ostensibly in charge of the Republican Party. adherence to its platform in 2010 seemed if anything to count against electability, rather than for it.  Even more, we saw inexcusably lackluster support among the GOP hierarchy for candidates who backed our party’s platform.  By hierarchy, I mean everyone from DC strategists to precinct committeemen. By lackluster, I mean outright hostile.

I, even I, will vote for the more physically attractive or smooth-talking of two otherwise identical candidates. That means of course that I will unconsciously assign them equivalence in order to do so.

Any candidate is electable if Republicans will get behind him or her. Prettiness and smoothness just make the job easier, which I think is the real point of the “electable” label.

Polls showed Sharron Angle ahead coming in to election day.  With a sizable GOTV effort, the Reid campaign trounced her.  Other races suffered similar fates, more or less in proportion to their effort on the ground. So it’s proper to say that in some cases we got beat at being a party, and to lay blame where it belongs.

But saying GOTV cost us seats is akin to “jobs created or saved”. It is always true that we don’t get all of our voters to the polls. So until we either win them all or achieve 100% turnout, we will always be able to say that GOTV cost us seats.  Or more precisely, we can blame GOTV until the number of people who don’t turn out is less than the amount by which we got beat.

That is grounds for optimism.  It’s saying that often when we lose, the number of our voters who stay home dwarfs the Democrat margin of victory.  In Illinois, for instance, we lost the Governor’s race by about 19,000 votes.  That’s less than the number of non-voting Republicans in any of several Illinois counties.

So at the end of all of this, we see clearly that the central focus of the party is or should be to get those who believe as we do to voter on election day.  It takes all kinds of activities to support that, but we should only undertake activities that either create more Republican voters or bring more of them to the polls. 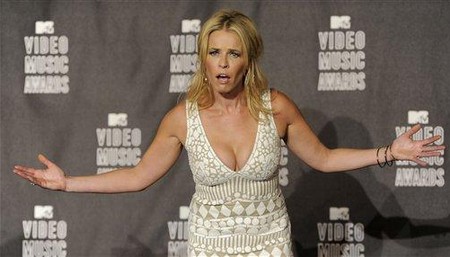 The RINOs Never Learn
Townhall
'I am sickened': Thousands of National Guard troops in DC reportedly 'banished to the corner of a parking garage'
Twitchy
VIDEO: Biden Snaps at WH Reporter, Walks Out of Signing Ceremony in a Huff
Redstate
The WHO Finally Updates Its COVID-19 Testing Policy... One Hour After Biden's Inauguration
PJ Media