“First of all, no program can be untouched. This notion by some of my colleagues here that this program can’t be touched and somehow it can’t be on the table is absurd. I don’t care what they do. There’s no program in our budget that should be off the table in terms of looking at it and understanding whether it’s justified or not. Second of all, we simply can’t afford to continue fund things like this. We are adding $12 trillion to our debt over the next ten years. That’s outrageous. I’m going to vote to defund it. Third, I have problems with what Planned Parenthood does and ultimately what the aim of their organization is. And it’s not their stated aims, it’s what they actually do.”

He’s right, of course. It is absolutely absurd, and disgusting, that the Democrats made the taxpayer funding of Planned Parenthood their line in the sand. It proves that not only do they care not one whit about fiscal responsibility, but they also do not care about truth. Instead, the Democrats have continued to demagogue the issue, grossly claiming Republicans want to kill women, and they persist in helping Planned Parenthood push their lies.

Even using Planned Parenthood’s own numbers, the Washington Examiner found the following:

In brief: If a pregnant woman walks into a Planned Parenthood, she almost always walks out no longer pregnant.

Thankfully, American citizens are no longer believing the lies nor are they falling for the scare tactics being employed by Democrats. A poll released yesterday found that 54% of Americans oppose federal funding to organizations that provide abortion. This even includes 26% of those who identify as pro-choice. Once again, the Democrats in Congress are attempting to over-ride the will of the people, as Marjorie Dannenfelser, of the Susan B. Anthony List rightly points out:

“President Obama and congressional Democrats who fought to preserve funding for their political ally, Planned Parenthood, have snubbed the majority of Americans, both pro-life and pro-choice, who don’t want their money going to America’s largest abortion provider,” said Marjorie Dannenfelser, president of the Susan B. Anthony List. “Planned Parenthood has raked in more than $300 million in profits over the past four years.  54 percent of Americans shouldn’t be coerced into contributing to an organization they don’t believe in, just by paying their taxes.  The arrogance of forcing them to do so is dumbfounding.”

The hubris is staggering. And the fact that this disgusting display of arrogance is on the backs of the lives of our unborn children is revolting. 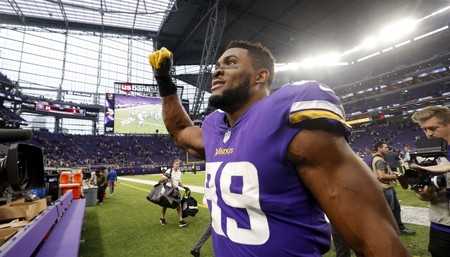 Cruz, Cotton, and Kennedy Expose Biden Ninth Circuit Nominee for the Radical She Is
Nick Arama