Pry my Burger and Fries Out of My Cold Dead Hands 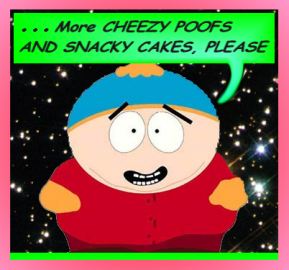 Burgers, fries and other various deep fried foodstuffs. Yes, we like fried eats here in America. We even deep fry oreos, candy bars and Coke (that was, admittedly, a new one for me. People actually deep fry cola syrup. I bet it is delish which is why I will not even tempt myself and won’t give it a go.) And So What, you may ask? Well, evidently the FDA now wants to keep us safe…from our yummy cereals. OK, they are starting with Cheerios which aren’t THAT yummy, but still…I don’t like where it is headed. I knew it was coming, however, after I read some “news” articles quite some time ago lamenting our slip in life expectancy ranking , which has some wanting to get all up in our stuff!

WASHINGTON (AP) – Americans are living longer than ever, but not as long as people in 41 other countries. For decades, the United States has been slipping in international rankings of life expectancy, as other countries improve health care, nutrition and lifestyles.

Countries that surpass the U.S. include Japan and most of Europe, as well as Jordan, Guam and the Cayman Islands. A baby born in the United States in 2004 will live an average of 77.9 years. That life expectancy ranks 42nd, down from 11th two decades earlier, according to international numbers provided by the Census Bureau and domestic numbers from the National Center for Health Statistics.

One of the factors (besides the oh so tiresome lack of socialized medicine excuse) given……we are lazy and fat, allegedly.

– Adults in the United States have one of the highest obesity rates in the world. Nearly a third of U.S. adults 20 years and older are obese, while about two-thirds are overweight, according to the National Center for Health Statistics.

“The U.S. has the resources that allow people to get fat and lazy,” said Paul Terry, an assistant professor of epidemiology at Emory University in Atlanta. “We have the luxury of choosing a bad lifestyle as opposed to having one imposed on us by hard times.”

The bolded line says it all……..Jealous! Leave us alone disturbing researcher dudes. Obvy, we LIKE being fat and dying younger than some. And yet we still remain some of the richest and most productive of people, so if we choose to spend said riches on fatty foods, alcohol, cigarettes and cars to drive our fat asses through fast-food drive-through windows, then that is our right. Don’t worry, we’ll still save all your skinnier, older asses whenever necessary and will continue to give beaucoup foreign aid, as per usual. We just might have to take a quick snack break or stop to catch our breaths a little more often. Deal with it.

Plus, what is the big deal? Who the hell wants to live too long…..doddering around and breaking hips left and right? I’d prefer to enjoy myself now rather than have a few extra years at the tail end of my life, puttering around an empty house save about a dozen cats (I am fairly certain that I will turn into a crazy cat lady).

It isn’t really financially feasible anyway. We can retire at 62 years old and start collecting social security, which was clearly originally meant for short-term use. Not potentially Thirty Years (or more) worth of payments. Already, with just an average life expectancy of almost 78 years, that is 16 years post-retirement as it is.

Hmm, perhaps that is one of the reasons social security needs to be revamped? Which just goes to show how stupid our politicians are. Why are they all up in arms and trying to ban things like trans-fats, high-fructose corn syrup and smoking? Wouldn’t such “bad” things help to cull the herd and lessen the drain on social security and health care? Soon, we won’t have enough workers paying in to cover the people getting paid, right? Use your heads, politicians. ENCOURAGE the fatty foods and the smoking! Or if you persist in trying to “save” us, then in the alternative perhaps a change in the retirement age is called for. Wasn’t the life expectancy when social security was instituted way lower? (I probably should look that up, but as an American, I am far too fat and lazy to do so)

But, I digress, as always. I say leave our penchant for excess alone. It is a personal decision, a lifestyle choice if you will, and, frankly, not the business of old white lawyer dudes in Washington…..or even Half White lawyer dude Presidents (in collusion with the old white predominantly male special interest “health industry”).

And pass the Ho-Hos. Thankies!