The Fallacy that is Donald Trump

First I will acknowledge that this is my first RedState diary.  I’m from South Dakota, the great conservative state of the upper Midwest.  Thanks for taking the time to read my submission, and my appreciation to RedState.

“People want leadership, Mr. President”, says Rothschild “and in the absence of genuine leadership they’ll listen to anyone who steps up to the microphone. They want leadership. They’re so thirsty for it they’ll crawl through the desert toward a mirage, and when they discover there’s no water, they’ll drink the sand.” 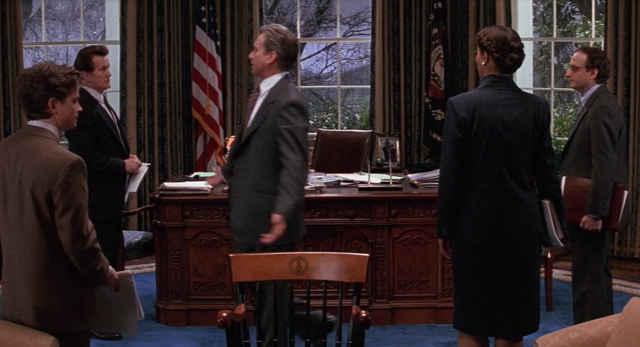 Shepherd’s response defines the approximate 20% of those polled throwing their support behind Donald Trump. His rise to the top of the polls on the advent of the first GOP Presidential debate is clearly the result of two factors: the disillusionment the GOP base has with the Republican party and it’s leadership, and just how uninformed the current 20% are regarding Donald Trump, who he is, what he is, and how he stands on the issues.  To call him a RINO is an insult to RINO’s, as few past presidential candidates are his equal when it comes to lack of conviction and flip-flopping on issues.

Those supporting Trump will be nothing less than disappointed when his past stance on issues and support of Democratic policies comes to light.  Below is a sampling:

Trump is also on record as having donated to the senate campaigns of Hillary Clinton and Sen. Chuck Schumer, and also to [mc_name name=’Rep. Nancy Pelosi (D-CA)’ chamber=’house’ mcid=’P000197′ ].  He has also donated to the Clinton Foundation.

Trump’s net worth has been reported in the neighborhood of $8-9 billion.  However, for all his supposed business savvy and acumen,  Trump-related companies have filed for Chapter 11 bankruptcy on four separate occasions, in 1991, 1992, 2004, and 2009.  Is this the man we want to fix our economy?

The biggest fear of Trump is the fear of the unknown….what stupid and controversial thing he will say next (see [mc_name name=’Sen. John McCain (R-AZ)’ chamber=’senate’ mcid=’M000303′ ]), what his true stance on issues really are, and the potential scenario of a independent third-party presidential run.

Donald Trump is a liberal wolf in sheep’s clothing.  He is a cheap salesman selling snake oil.  He is the Ross Perot of the 2016 presidential race having a bad hair day.  He is, quite simply the current GOP flavor of the month, with a campaign more celebrity than substance.  The GOP needs a serious candidate who can articulate and offer solutions on the issues, not treat every criticism as a personal attack.  It is my fond hope that his upcoming debate performance reveals Trump for who is really is. His current supporters will hopefully jump off the Trump bandwagon.