Mark Levin: “We Are Not Here To Engage You, We Are Here To Crush You!”

Thank you, Mark, for the rallying cry and it couldn’t be more on message or more timely. The socialist plague rats are scurrying for their lives. If there’s a message here it’s that the Demarxists have been caught out in the open and exposed for just exactly who and what they are, to far more than just American voters.

They have been exposed for the low characters that they are… the flimflam men working the rubes… until the rubes wake up. That the ‘rubes’ happen to be most of the populace of the United States and the flimflam confidence men are Obama and the clown college… all three rings of it. And the rubes are wide awake and raging!

The left is way past panic mode and are far into the desperation range on its depression meter. They’d better go have their collective Prozac… maybe on a drip feed… they’re going to need it. As Mark Levin said yesterday…They (the left) will do and say anything to discourage or dishearten Conservative voters. Most of it has no substance and has been manufactured of whole cloth.

We started warning Conservatives some time ago to be prepared for anything they throw at us. They’ve gotten pretty bold and like Mark said, it’s long past the time to talk to or engage these people. They have to be removed from the American political picture, never to be permitted to gain power again. That’s what this election is all about.

Don’t pay any attention to the noise coming from the lame stream media… they’re nothing anymore. They’re a bunch of bleating sheep without an original thought amongst them.They’re pretty much down to vicious, false personal attacks against individual Conservative candidates, against the Tea Party and the Patriots… and you, the American citizens.

We heard the President of the United States spout about Americans ‘not thinking clearly when they are afraid’. What a lame statement. The truth of the matter is that America is thinking, and very clearly at that. And Barry… we’re not afraid. No, we’re not afraid but we are raging mad. You’re going to have a ringside seat, Barry, on November 2… the day we pound you and your rotten Marxist party into sand.

So don’t listen to their polls and don’t pay attention to their commentary, for they lie with every word and every breath. Keep telling the story of freedom to your families, your friends and your neighbors.
Stay focused. 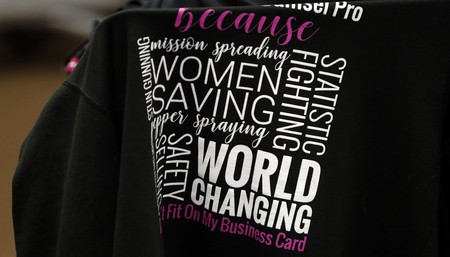 I Am Not a 'Birthing Person.' I Have Earned This Womanly Form and You Will Respect It
Kira Davis

Joe Biden Reportedly Having Trouble Keeping Up with Everyone Else at G-7 Summit
Townhall
'LOL': AOC's aunt says Trump not to blame for what's happening in Puerto Rico
Twitchy
A.U.D.I.T. of Elections: Hot and Getting Hotter!
Redstate
NBC Hilariously Thinks It Caught Rep Louis Gohmert in a Guam 'Capsizing' Moment and Gets Trolled Hard
PJ Media