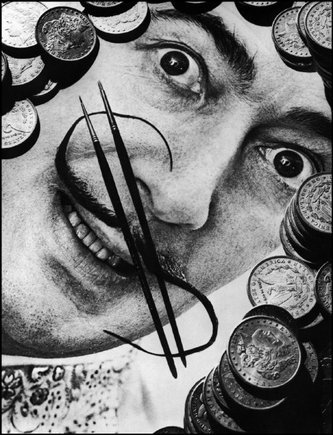 The bailout of failing financial institutions in 2008-09, while arguably necessary, missed an essential step which may now be stalling our economic recovery:

Specifically, [former Chairman of the Federal Reserve Alan Greenspan] said today in a panel discussion at a Fed conference in Jekyll Island, Georgia:

Banks operated with less capital because of an assumption they would be rescued by the government, he said. [Lehman Brothers] wouldn’t have failed with adequate capital, he said. “Rampant fraud” was also an issue, he said.

“Fraud creates very considerable instability in competitive markets,” Greenspan said. “If you cannot trust your counterparties, it would not work.”

This is highly out of character for Greenspan who once noted, “I don’t think there is any need for a law against fraud.” And he was hardly alone.

Is fraud really the problem? Apparently so, according to many in the political liberalism cohort of economists, and they are becoming quite vocal in that assumption:

Up to a point, one can defend the decisions taken in September-October 2008 under the stress of a rapidly collapsing financial system. The Bush administration was, by that time, nearly defunct. Panic was in the air, as was political blackmail – with the threat that the October through January months might be irreparably brutal. Stopgaps were needed, they were concocted, and they held the line.

But one cannot defend the actions of Team Obama on taking office. Law, policy and politics all pointed in one direction: turn the systemically dangerous banks over to Sheila Bair and the Federal Deposit Insurance Corporation. Insure the depositors, replace the management, fire the lobbyists, audit the books, prosecute the frauds, and restructure and downsize the institutions. The financial system would have been cleaned up. And the big bankers would have been beaten as a political force.

Other economists like William Black and Nobel laureates George Akerlof and Joseph Stiglitz have all been making this same point:

Taken together, Stigliz said, this system of widespread fraud, lax regulation and non-deterrent enforcement, created a system of skewed incentives that rewarded criminality, gambling and other bad behavior, and left American workers, investors and homeowners holding the bill.

Meanwhile, the astonishingly disproportionate influence of the big banks and corporations on the American political system has allowed powerful executives to exert their will on the U.S. government at the expense of the people, Stiglitz said.

“Moral hazard occurs when a party insulated from risk behaves differently than it would behave if it were fully exposed to the risk,” and that is a fair description of the financial marketplace we have now created. It would seem we have a major issue on our hands that is not likely to be resolved by the policy our current administration has committed to and is now defending.

The Coma Before the Storm
Townhall
'You are the ones with the perversions': Stand-up comic wants to know why Matt Walsh doesn't find joy in a young girl twerking
Twitchy
Fox News Reporter Drops Big Surprise for Network Live on Air
Redstate
BREAKING: The Babylon Bee Scores a Major Victory Over The New York Times
PJ Media