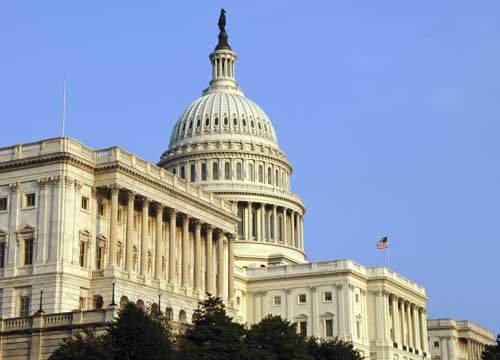 Back in April the House of Representatives passed a bill known as HR 3808, the Interstate Recognition of Notarizations Act of 2010 and sent it to the Senate where it languished in the Judiciary Committee until late September. The circumstances of the passage of this bill in the Senate are curious, to say the least. It was discharged from committee and passed by unanimous consent, with no debate, just as the 111th session of Congress was coming to a close.

The bill is relatively simple:

(1) such notarization occurs in or affects interstate commerce; and

(2) (A) a seal of office, as symbol of the notary public’s authority, is used in the notarization; or (B) in the case of an electronic record, the seal information is securely attached to, or logically associated with, the electronic record so as to render the record tamper-resistant.

Seems pretty innocuous, really, but in the context of emerging reports of foreclosure fraud at the time it qualified for notorious distinction as the ‘silver bullet’ which banks were hoping would solve their documentation problems and earned itself a presidential veto.

Foreclosure proceedings have been problematic since the beginning of 2009; to defaulting borrowers, mortgage servicers, judges and attorneys general. Depositions taken last February clearly exposed the practices surrounding ‘robo signing’ among third-party law firms acting for the banks and the compelling financial incentives that were offered to clear the toxic inventory of bad mortgages. We have depositions under oath that notarisation was pro forma afterthought to the bulk signing of affidavits by harried legal staff attesting to the accuracy of lost or missing ‘notes,’ sometimes not even bearing their own genuine signature.

When HR 3808 sailed through the Senate on 27 September it set off alarm bells at the state level among those already familiar with the output of the ‘foreclosure mills.’ Ohio Secretary of State Jennifer Brunner made a splash in early October with a very public opinion within a directive on the qualifications of voters who have been foreclosed:

…asking Ohioans to contact President Obama and urge him to not sign a bill passed by both houses of Congress that recognized notarized documents from other states, including ones that contain electronic notarizations that are not subject to the same consumer safeguards of documents notarized in person.

And why? Because she seemed to have a pretty strong opinion that the electronic notarisation proposal was yet another artful dodge:

In her directive she said that she has referred specific instances of notary abuse occurring at Chase Home Mortgage in Columbus and by the Mortgage Electronic Registration Systems, Inc. (MERS) to a federal prosecutor for investigation.

Brunner said in a statement, “Mortgage foreclosure documents must be notarized according to the law. Requiring this is not an afterthought or an exercise of form over substance — the law must be followed when taking away someone’s home, regardless of the circumstances.”

There are states’ rights issues here to consider, to be sure, but the timing is interesting as the foreclosure mess was just percolating up into the national media when the measure was passed:

After languishing for months in the Senate Judiciary Committee, the bill passed the Senate with lightning speed and with hardly any public awareness of the bill’s existence on September 27, the day before the Senate recessed for midterm election campaign.

The bill’s approval involved invocation of a special procedure. Democratic Senator Robert Casey, shepherding last-minute legislation on behalf of the Senate leadership, had the bill taken away from the Senate Judiciary committee, which hadn’t acted on it.

It is hard to avoid the impression that something had changed the political or legal context surrounding this particular legislation:

The House actually had passed identical bills twice before, but both times they died when the Senate Judiciary Committee failed to act.

Some House and Senate staffers said the Senate committee had let the bills languish because of concerns that they would interfere with individual state’s rights to regulate notarizations.

Senate staffers familiar with the judiciary committee’s actions said the latest one passed by the House seemed destined for the same fate. But shortly before the Senate’s recess, Judiciary Committee Chairman Patrick Leahy pressed to have the bill rushed through the special procedure, after Leahy “constituents” called him and pressed for passage.

One would be forgiven for wondering whom these “constituents” might be, under the circumstances:

The staffers said they didn’t know who these constituents were or if anyone representing the mortgage industry or other interests had pressed for the bill to go through.

These staffers said that, in an unusual display of bipartisanship, Senator Jeff Sessions, the committee’s senior Republican, also helped to engineer the Senate’s unanimous consent for the bill.

Neither Leahy’s nor Session’s offices responded to requests for comment Wednesday.

Who says bipartisanship is dead? Not where the appropriate constituency is concerned, apparently. As it turns out, Obama vetoed the measure, much to the relief of many, but the question remains just whom our elected representatives are really working for, on both sides of the aisle. The implications were not lost on the White House:

Today, the White House announced that President Obama will not sign H.R. 3808, the Interstate Recognition of Notarizations Act of 2010, and will return the bill to the House of Representatives. The Interstate Recognition of Notarizations Act of 2010 was designed to remove impediments to interstate commerce. While we share this goal, we believe it is necessary to have further deliberations about the intended and unintended impact of this bill on consumer protections, including those for mortgages, before this bill can be finalized.

Seems everyone understands the game. So how come both parties were in on this together thick as thieves?