Obama's speeches "CPR for the Republican Party". Joe Wilson might be censured, but he drew blood. 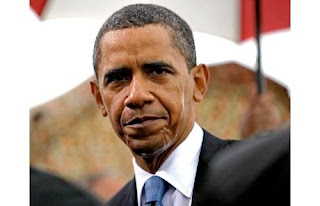 George Will, writing in Newsweak…

On the 233rd day of his presidency, Barack Obama grabbed the country’s lapels for the 263rd time—that was, as of last Wednesday, the count of his speeches, press conferences, town halls, interviews, and other public remarks. His speech to Congress was the 122nd time he had publicly discussed health care. Just 14 hours would pass before the 123rd, on Thursday morning. His incessant talking cannot combat what it has caused: An increasing number of Americans do not believe that he believes what he says.

McConnell of the Mona Lisa smile says Congress will pass something because Obama will sign anything. McConnell notes, however, that never in his 25 Senate years have Republicans polled close to Democrats when the question is: Which party do you trust most to deal with health care? Until now. Last week’s polling: Democratic Party, 41; Republican Party, 39—a statistical dead heat. On a generic ballot question—which party do you intend to vote for?—the GOP has gone from down 12 points to dead even since November. Independents defected in droves from the GOP in 2006 and 2008, but today only one third of them view Obama’s handling of health care favorably. [emboldening mine -ed.]

You can fool some of the people some of the time and all of that, but if you run your lying chops all the time, there’s a good chance everyone will figure you out. Only the farthest-left will remain steadfast and believe everything you say; the rest of the people will at last realize, finally, that you are not infallible, you might even be human, and that you are at times stretching, bending and snapping the truth. 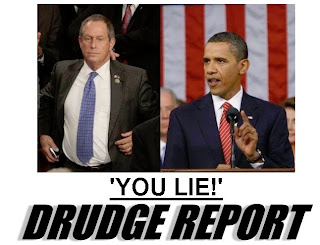 In Final Weeks of Virginia's Gubernatorial Race, It's Clear Where Momentum Is
Townhall
Blue-checks call out Phoenix Mercury players for refusing to attend the postgame press conference after losing the WNBA championship
Twitchy
MSNBC Host Pounces, as NBC's Chuck Todd Dares to Tell the Truth About Biden
Redstate
Virginia Parents Announce 'Not a Domestic Terrorist' March in Washington
PJ Media