I don’t remember going to Chick-fil-A very often because there weren’t very many of their restaurants around where I lived in Illinois. Even in the part of Arkansas I live in the closest one is at least two hours away (the nearest good-sized city I live near has more Sonics restaurants than McDonalds). The couple of times I’ve eaten there I found the food pretty good, but wouldn’t go out of my way to go eat at one.

The New York Times has a piece in today’s paper about Chick-fil-A, going through a bit of the restaurant’s history. It was founded by a man name S. Truett Cathy and remains privately owned within his family. Being a devout Christian, Cathy made it a rule that his restaurant will always be closed on Sundays; to be a Chick-fil-A franchise operator means this rule must be followed. It works; there are over 1500 Chick-fil-A restaurants in the country and the company is boasting 2010 revenues of over $3.5 billion.

According to the story, the owner of a Pennsylvania restaurant sponsored a marriage seminar which was hosted by a group that opposes homosexuality. This wouldn’t even be a story if the Times wasn’t interested in driving an agenda.

At least one gay lobbying group has declared war on Chick-fil-A. They are working with some other leftist outfit in a petition drive that:

…asks the company to stop supporting groups perceived as anti-gay, including Focus on the Family, an international nonprofit organization that teamed up with Chick-fil-A a few years ago to give away CDs of its Bible-based “Adventures in Odyssey” radio show with every kid’s meal.

This group isn’t asking for anything; they are demanding Chick-fil-A stop supporting perceived anti-gay organizations.

Who the hell do these people think they are? This is what happens when groups like this are given any media coverage; you end up with people whose job is to be professional busybodies. Chick-fil-A doesn’t discriminate against homosexuals who are their customers (the piece notes there was a lawsuit by a Muslim who claimed he was fired for not not praying to Jesus; it was settled). It is the private business of the people who own the business and run the franchises who they donate to. The same holds true for companies who make it a point to donate to pro-homosexual groups, like Ben & Jerry’s Ice Cream; it isn’t against the law.

Of course, I doubt the Times would even be interested in the success of Chick-fil-A if it weren’t for the fact the business doesn’t help push an agenda the Times wants pushed. 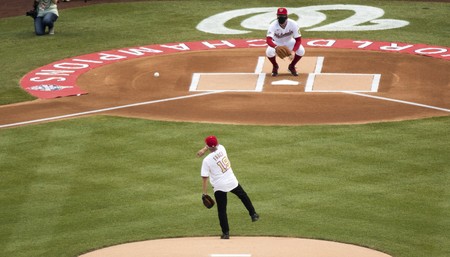