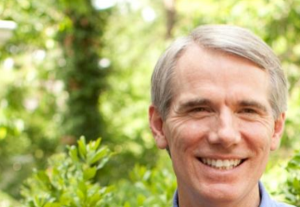 “Nobody knows nuthin'” to paraphrase Peter Clemenza from Godfather: Part I, Save Jerseyans

Or who it will be.

A little harmless speculation to keep your brain turning? Exhibit A: U.S. Senator Rob Portman (R-OH), who recently confirmed that he’s being vetted, was in Boston this week for a series of closed-door meetings with the Romney campaign team. Exhibit B: Portman’s Ohio hometown of Cincinnati will receive a presidential campaign visit on Monday. Governor Romney typically attempts to piggback on these Democrat battleground visits by showing up, too, and chipping into the President’s media coverage. Exhibit C: Mitt’s campaign rolled out a fundraising promotion today, stating that “Sometime soon, Mitt will be announcing his choice for VP.” Duh! Donating $3 wins a chance to hang out with the GOP ticket. Still… could the timing be significant?

Might Romney show up in Ohio this Monday morning on Obama’s heels and standing arm-in-arm with his fresh vice presidential pick… the hometown senator?

Again… who knows. There’s plenty of other good reasons to think Portman is the pick (Romney has yet to break out in Ohio polling). Some good arguments against this possibility as well (could he motivate the base?). But it’s sure fun to speculate!