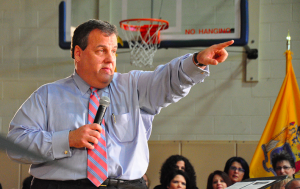 You can read the legislation’s Assembly text, A2171 (titled “S1319” in the Senate) right here. Governor Christie’s veto message can be found here.

As I said back on April 19th, Save Jerseyans, “It’s always a bad sign when a particular piece of legislation that’s only several pages in length produces 100+ hits upon typing “shall” into a control-find document search.” You can check out my original critique of the bill for more background; suffice it to say, this legislation would’ve been a punishing and expensive burden for our already-overburned state. We already know how to fix healthcare, Save Jerseyans… get the government out of it! This bill would’ve had the opposite effect.

Apparently the Big Guy came to the same conclusion. “I am concerned that a hastily created exchange in New Jersey will impose unnecessary obligations upon the State’s taxpayers,” Governor Christie said in his accompanying statement. “The very constitutionality of the Affordable Care Act is cloaked in uncertainty, as both the individual mandate to procure health insurance as well as the jurisdictional mandate to establish an exchange may not survive scrutiny by the Supreme Court.”

The Governor also pointed out how the legislation would’ve committed New Jersey to establish its own Medicaid-like program for individuals earning between 133% and 200% of the federal poverty level without any guarantee of federal funding! It’s a health care version of the ARC tunnel! Clearly, the Guv thinks this bill was an equally bad deal for New Jerseyans.

We absolutely agree, and we’re glad the Governor listened to Save Jersey, AFP-NJ, and all of the other pro-taxpayer voices across our Garden State who argued for a veto.

CNN Forced to Fact Check Joe Biden's CNN Town Hall
Townhall
If you thought Jen Psaki was pissed with Peter Doocy before, just wait'll you watch him use Joe Biden's border remarks to twist her into a pretzel [video]
Twitchy
Joe Rogan Has One Big Move Left After CNN Doubles Down on Trashing Him
Redstate
UC Berkeley Students Happily Pledge Money to Help the Taliban Kill Americans Inside the U.S.
PJ Media