Obama May Want to Run for "Mayor McCheese" Instead of U.S. President! 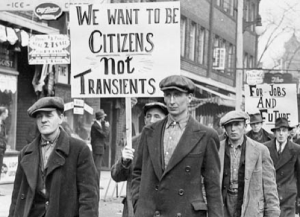 Here’s what you need to know about today’s new jobs report, Save Jerseyans:

Depending on whom you ask, and as I’ve communicated to you before, the U.S. economy requires anywhere between 90,000 and 150,000 new jobs per month just to keep up with population growth (the most commonly-cited threshold for replacement-level job growth is 125,000)! So adding 115,000 new jobs in April accomplishes, at best, the requisite jobs required to offset birth rates and net immigration. 115k sounds like a nice big number, but the fact remains that millions of folks who have been perpetually unemployed throughout President Obama’s tenure aren’t really seeing an enlarged pool of opportunities.

Yes, unemployment dropped from 8.2% to 8.1% last month. But as you can clearly see, folks, it had nothing to do with real, substantive job creation… 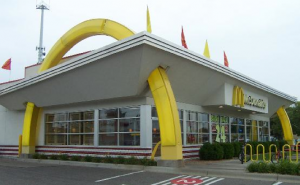 To make matters worse, 181,000 more people joined the group of individuals employed part-time for purely economic reasons (i.e. they currently want a full time position but cannot find one). They now number 7.8 million. Poor people eating up their 401(k)s and, having done so, creating more unwilling wards for the next, already financially-overburdened generation.

And it gets worse the deeper you dig, Save Jerseyans. We find that job “growth” is slowing while folks leaving the work force accelerated. Between March and April of this year, a huge amount of our fellow citizens – 522,000 people – stopped looking for work, taking the total number of Americans not participating in the workforce up to 88.4 million Americans (we were at about 88 million last month).

One final statistic to chew on? Since February 2010, the U.S. Economy added 576,000 food service sector positions.

(1) Not enough jobs being created to keep up with population growth let alone put the unemployed back to work.

(2) More Americans are dependents than producers than ever before in our history; among them are proud folks who have simply tried hard and given up after months (or years) of searching.

A record like THAT would make Herbert Hoover blush, Save Jerseyans! The President might want to consider saving face, endorsing someone else, running for mayor of McDonaldland and leaving the business of governing this great nation to a more able successor.

We’re not lovin’ it, Save Jerseyans…

In Final Weeks of Virginia's Gubernatorial Race, It's Clear Where Momentum Is
Townhall
Chaos expected in DC on Monday after Metro announces that 60% of the fleet will be out of service
Twitchy
MSNBC Host Pounces, as NBC's Chuck Todd Dares to Tell the Truth About Biden
Redstate
Virginia Parents Announce 'Not a Domestic Terrorist' March in Washington
PJ Media