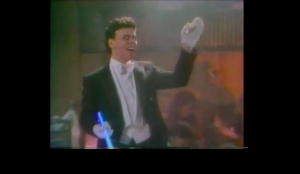 It’s like the more money we come across, the more problems we see.

“We” being the Republican Party.

I’ve heard the refrain in recent days leading up to Super Tuesday Ohio showdown from Romney critics; paraphrasing, they’re complaining that “Mitt’s money can help him fool primary voters but it won’t work on Obama in the general because he’s going to have more cash.”

The myth of an unbeatable Obama money machine is exactly that – a myth. President Obama’s campaign had raised $142 million by the end of January 2012 by holding a record number of fundraiser featuring the Commander-in-Chief. Combined, however, his Republican opponents and their super pacs have $242 million. Taking super pacs out of it, the GOP field together with the RNC outraised Obama, Inc. and the DNC in January 2012 by about $2 million.

And all of this doesn’t even take into account outside groups. Karl Rove’s “Crossroads America” plans to raise $240 million to defeat Democrats this fall.

So let me put it in terms Republicans should be able to easily understand: the GOP doesn’t have a “revenue” problem this cycle; we suffer from an acute spending problem. Sound familiar? What ails us is too many candidates spending far too much cash beating each other to a pulp while Mr. Obama sits on an as-of-yet untapped warchest and laughs his presidential butt off.