UPDATE, 12:59 PM: Things just got more interesting for Vincent Giordano, Save Jerseyans. StateHouseSteps is reporting that Governor Christie called for his resignation/dismissal this morning at a Westfield town hall meeting…

10:43 AM: Save Jersey was the first to call out NJEA Executive Director Vincent Giordano for his remarkably elitist remarks on Saturday’s “New Jersey Capitol Report” show. Yes, it was offensive… even for a union stooge! 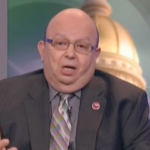 You remember the quote:

“Well, you know, uh, life’s not always fair and I’m sorry about that…” (click here and listen to the clip)

Mr. Giordano’s gross insensitivity to the plight of low income kids treading water in failing school districts caught the attention of national outlets, too, after Save Jersey spread the word via social media. And then the heat was on yet again for a union that’s been on the ropes since Governor Christie’s ’09 election.

So much heat, in fact, that the NJEA took a rare step yesterday afternoon: trying to explain /justify/rationalize their idiocy in a press release.

Click here to read a pdf of the full press release.

Please note that I described the release as an attempt to rationalize Mr. Giordano’s elitism; would asking for a simple apology been too much? I guess so…

Unfortunately, the governor and many of our critics continue to support tax policies that favor the wealthy over the needs of students in our most disadvantaged districts,” he added. “This criticism is coming from people who gave a billion dollars in tax breaks to millionaires while cutting at least that much from our public schools. I’m not going to take criticism from people who think that’s the fair way to fund public schools.”

Millionaires like Giordano, a man who earns somewhere between $300k and $500k per year. And his boss, NJEA President Barbara Keshishian, who takes home more than $250,000 annually. 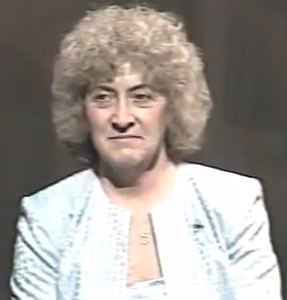 Never, ever forget that both their salaries come from the $130 million raised every year in NJEA union dues. These dues come from teacher paychecks, the funds for which are derived from YOUR property taxes, Save Jerseyans!

So it’s not as simple as blaming shadowy Republican millionaires, is it?

Which millionaires do you trust with your children’s futures?

Chris Christie and his reform-oriented allies who want to give parents the purse power to hold failing schools accountable?

Or Giordano, Keshishian, and their cabal of union goons who have run our schools into the ground, protected bad teachers, excused substandard performance, wasted untold billions of taxpayer dollars, and doomed multiple generations to occupational inadequacy in an increasingly competitive global market?

No contest! It’s a real choice versus a false choice, Save Jerseyans, and the voters are starting to see right through these jokers.

Did the Justice Department Already Know That No Classified Docs Were at Mar-a-Lago?
Townhall
Margot Cleveland examines why the DOJ selected the statues it did for raid on Mar-a-Lago
Twitchy
DOJ Pokes Another Stick In Trump's Eye. It Will Retry A Man Donald Trump Granted Clemency To
Redstate
Attorney: Trump Watched the Mar-a-Lago Raid as It Happened
PJ Media